Last Monday 12 Year 5 students from Old Ford Primary School joined the Geezers and The Bow Belles at their afternoon session at the Tredegar Centre to play indoor carpet bowls.  And the students really bowled them over with their friendliness and intelligence. 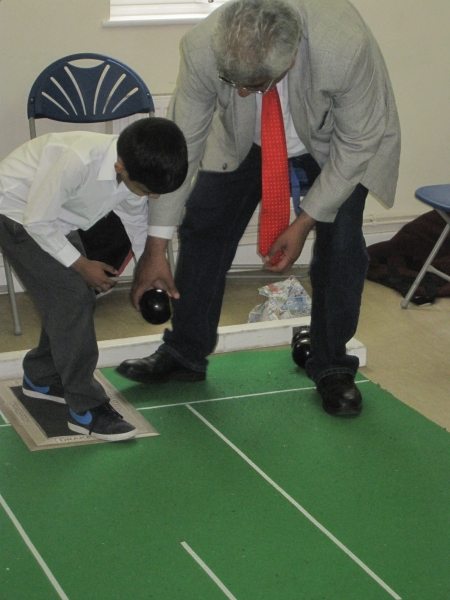 Tony Basra from the Geezers shows how to release the bowl. 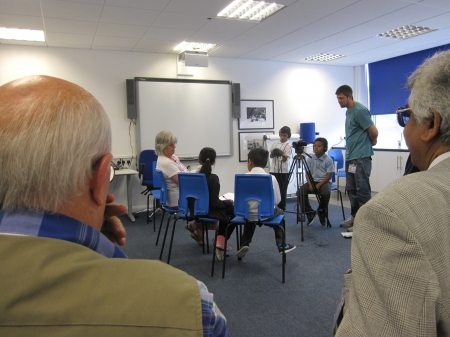 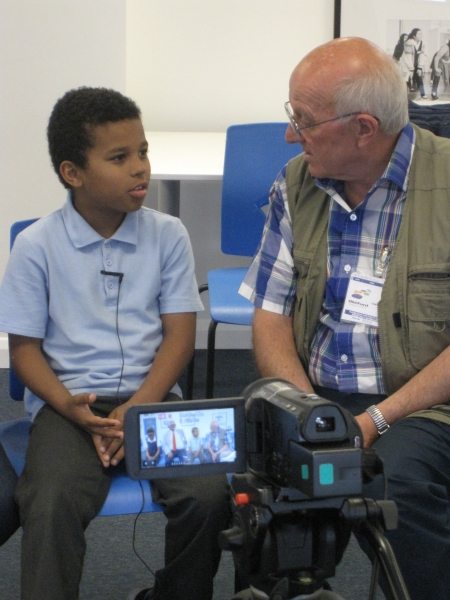 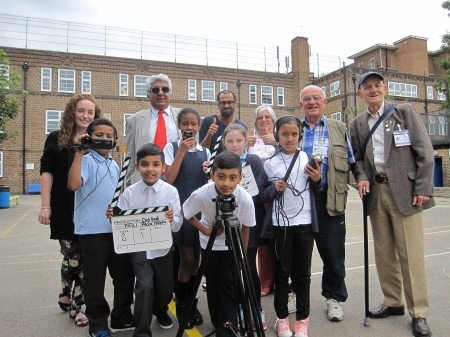 The film crews pose for photo opportunity after the morning session

In the afternoon they filmed the Bowls session. 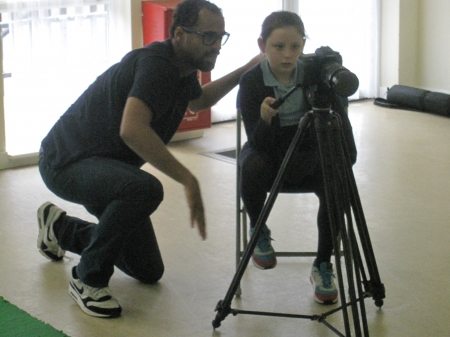 The material is being edited into a film which we will screen at the school and then on OurBow.  Watch this Space!

Ray Gipson who co-ordinates The Geezers explains why he thinks intergenerational work is important:  ‘Older people often see groups of young people hanging about on the street and are frightened by them.  And younger people often think that the old people don’t like them.  What we try to do is to create situations where the two groups can spend time together and get to know each other better.’ 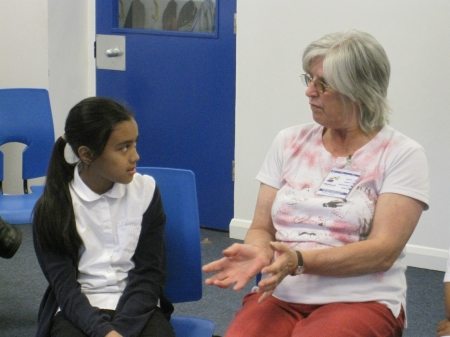 A previous film  Bow: Then and Now  made with boys from Bow School won an iCoCo  (Institute of Community Cohesion) Award.

The Geezers would like to thank Old Ford School, and in particular Kevin ( Principal Designate) Katie (Teacher) and Josie (Teaching Assistant) for inviting us into the school and giving us their support.