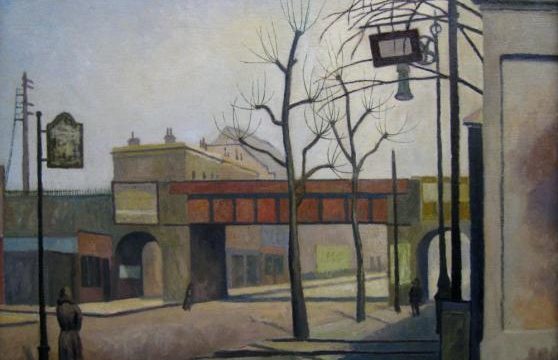 A group of East London painters which flourished in the early 20th century is being celebrated in a new exhibition at the Nunnery in Bow Road.

The East London Painters Group, which was comprised of several renowned artists as well as lesser known local talent, found inspiration from subject matter right on their doorsteps.

The Nunnery Gallery in Bow Road is presenting the collection, which is from the interwar period, until July 13.

Gallery director Rosamond Murdoch said the exhibition was inspired by From Bow to Benniale: Artists from the East London Group, a book by David Buckman tracing the works of these notable figures.

She said: “I was amazed it was about a group of painters that were based literally 200 metres away from the gallery.

“We sourced paintings from all over country to unite them in the physical space rather than virtual space of a book.”

The paintings give an insight into the changing east London landscape, depicting buildings destroyed in the Second World War as well as everyday life.

Rosamond explained: “These guys didn’t think of themselves as artists although there were notable characters like John Cooper who was particularly a champion of the East London Group.

“They had formal training then came east to, sort of, benevolently train working men in the evenings, reflecting the wider philanthropic desire in Victorian society.”

The paintings also chart a remarkable portrait of the men themselves, their creative development, inspirations and even economic changes.

Rosamond drew attention to the Steggles brothers, who were commissioned to paint advertisements; they then bought a car with the money that they earned.

The subjects of their paintings then shift from local scenes to peripheral countryside and seaside landscapes.

The sense of allegiance and the renewed appreciation of arts that the First World War brought, through its poems and paintings, are also shown.

Rosamond added: “First time I felt really confident that this is a show that has a sort of art historical significance.”