Detectives investigating the murder of a 21-year-old man in Stratford on Tuesday, 20th March have made further arrests. All three remain in custody at a south London police station.

The local police say they’ve caught a burglar in Coborn Road: “On Thursday 22nd March 2018 whilst on cycle patrol a Safer Neighbourhood officer recognised a subject well known for burglary. He was followed and detained along Coborn Road E3. Following Police checks subject was arrested at scene for an outstanding offence.”

At around 10.30pm last Friday night (23rd March) British Transport police officers within Mile End Underground station heard 3 gunshots. They then discovered two male victims with apparent gunshot wounds on the pavement nearby. They were taken to the Royal London Hospital where they received treatment for their injuries which were later deemed as non life threatening by NHS staff.

A white BMW was found ablaze shortly afterwards on FARRANCE STREET, E14 and is suspected of being connected.

At this stage no arrests have been made.

Anyone with information relating to this incident can call 101 or anonymously by calling CrimeStoppers on 0800 555 111.

Reset are holding a drug and alcohol awareness training morning on Tues 1st May at 71a Johnson Street, Whitechapel, E1 0AQ. The course is aimed at staff and volunteers who come into contact with people who substance misuse problems. See the poster below. 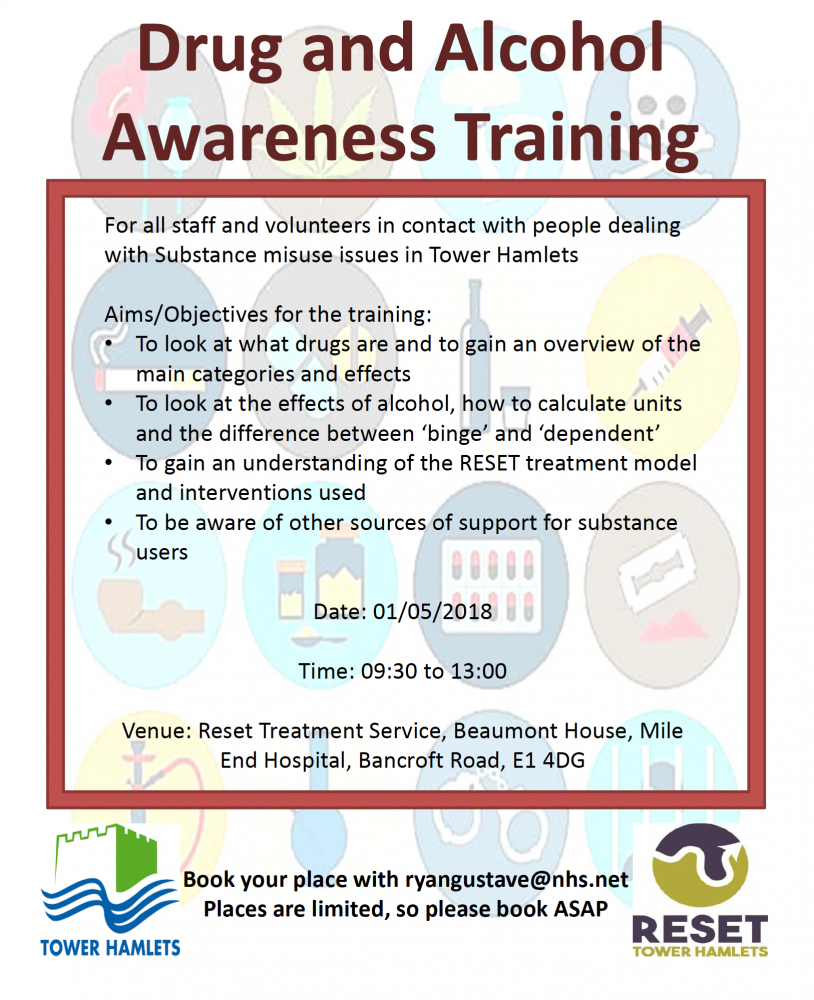