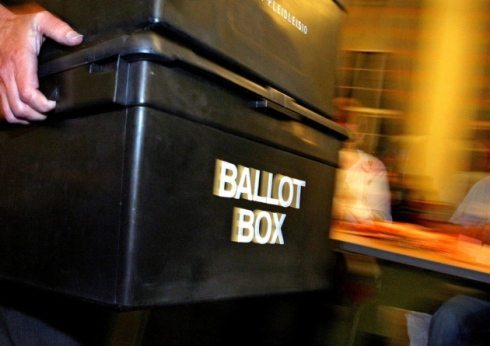 Labour hold onto Bow East and West in the recent local election and overall take last two seats for overall majority – for now.

See below for full results.

Here is an up-to-date report on the election results taken from the East London Advertiser:

Labour has kept the two last seats to be counted in the controversial local council elections at Tower Hamlets in London’s East End—in the face of an onslaught from Mayor Lutfur Rahman’s independent group.

Voting in the last ward to be declared, Bromley South, five days after the polls closed, was a close call with several recounts before the result came through last night.

Labour took both seats, with a narrow margin of just 10 votes between winning the second seat and losing in third place by the runner-up from the mayor’s self-styled Tower Hamlets First group.

Allegations of voter intimidation at several polling stations across the East End last Thursday are to be investigated, the Electoral Commission has confirmed.

Complains were made to police about voters having to run the gauntlet of party supporters and leaflets left unlawfully in voting booths not being removed by presiding officers.

The challenge by UKIP was seen off across the East End, but the growing Green vote almost certainly cost Labour votes both for council seats and the separate poll for mayor which Rahman won by a narrow majority over Labour’s John Biggs.

Labour, which lost control of the Town Hall in 2010 when Rahman became first elected executive mayor with full power over its £1.2 billion budget, lost two former group leaders in one fell swoop at Thursday’s polls.

Biggest humiliation was Helal Abbas losing at Spitalfields to the Mayor’s former paid advisor Gulam Robbani who got back in after initially taking a seat in a by-election there two years ago.

Abbas was the council leader in 2010 who got Rahman deselected as Labour’s original candidate for Mayor when he gave evidence to the party’s national executive about allegations concerning Lutfur’s links with radical Islam.

Lutfur went on to run as an independent and stormed home that year—despite a campaign by party grandees such as Lord Kinnock who came out on the campaign trail against him. Last Thursday appeared to be Lutfur’s final payback to Abbas.

Denise Jones kept her seat at St Katharine’s and Wapping, but Carlo Gibbs was ousted.

The new two-seat Canary Wharf ward was split between the Mayor’s party and the now-reduced Tory group.

Labour and Tower Hamlets First were running neck-and-neck until last night’s result at Bromley South which gives Labour 20 seats, a majority of two in the council chamber for the moment, but still in Opposition to the mayor’s executive powers.

Two more seats have yet to be accounted for at Blackwall & Cubitt Town. That vote has been postponed because of the death of a candidate just 24 hours before the polls. A by-election will be run in July.