The Gatcliffe u11 Whites are a newly formed football team put together by Bradley Challis and Daniel Ross. Many of the boys were left without a team at the end of last season due to finding themselves without managers.

Bradley says, “As parents we were looking for a way to allow the boys to stay together, many clubs were only looking for the odd individual, which meant that the boys would have to go their separate ways, something we didn’t want. Finally we approached the Gatcliffe youth club secretary, a friend from old, and the rest is history.

“Starting as a new team has most definitely been a struggle with the need for kits, training equipment and league fees etc. as well as ensuring that the boys have a Christmas get together. The end of season presentation brought friends and family together to celebrate both the festive season and the league season. This is where the Geezers have stepped in and helped out massively.

“The Geezers had previously been part of our former club and have stuck with the boys through the change, they made the decision to continue to sponsor us again. This has allowed us to give the boys the stuff that they need as well as help towards our events, which they always attend in numbers. We have a right good old knees-up.

“We would like thank the Geezers, as because of their help we are now a fully fledged team, and a team to be proud of.”

Bradley Challis kindly sent us this report of the Gatcliffe u11 Whites first match of the season.

The football season has finally started and young players across the country have taken to the parks and playing fields with friends and family united to enjoy the beautiful game.

Gatcliffe’s match on 9th Sept. (Echo League) was against May and Bakers black way. 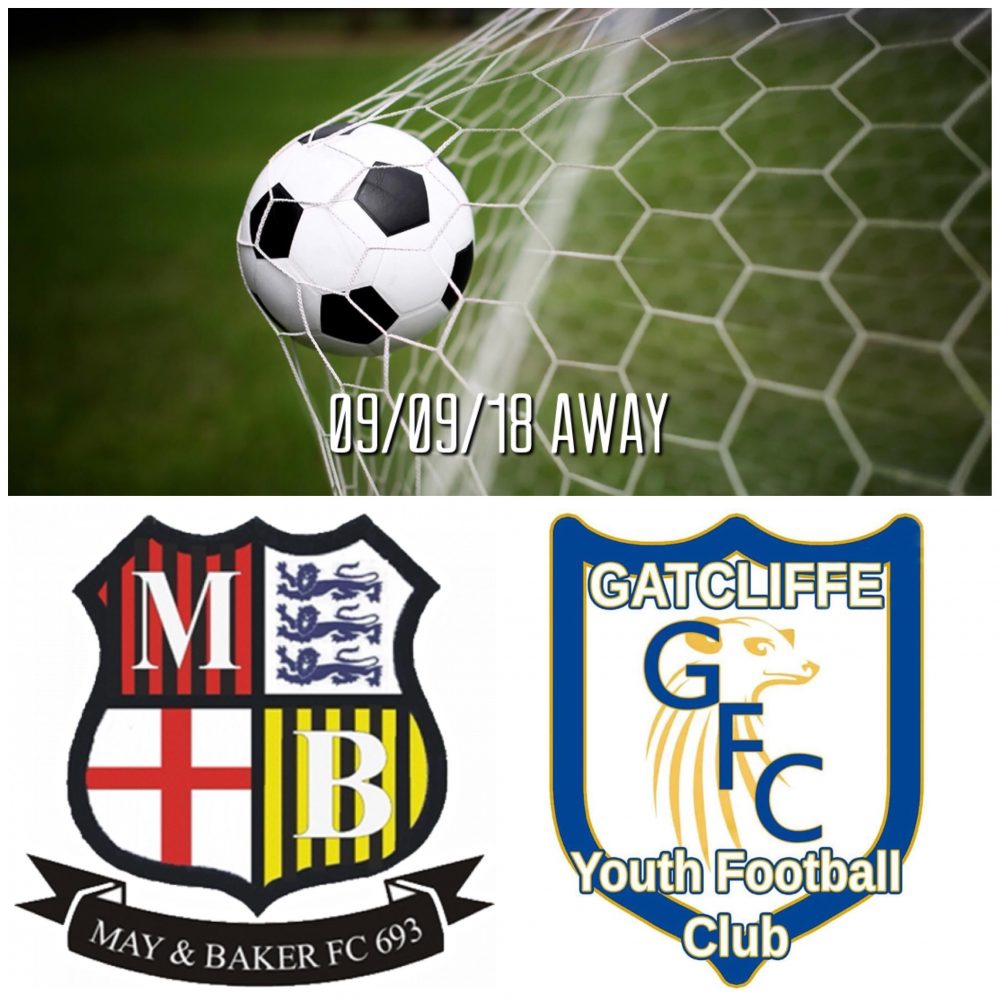 The Gatcliffe whites with a new strip were certainly looking the part and were all buzzing to get started. With both teams warming up at each end of the pitch it put the new size into perspective with the move up from 7 aside to 9 aside. 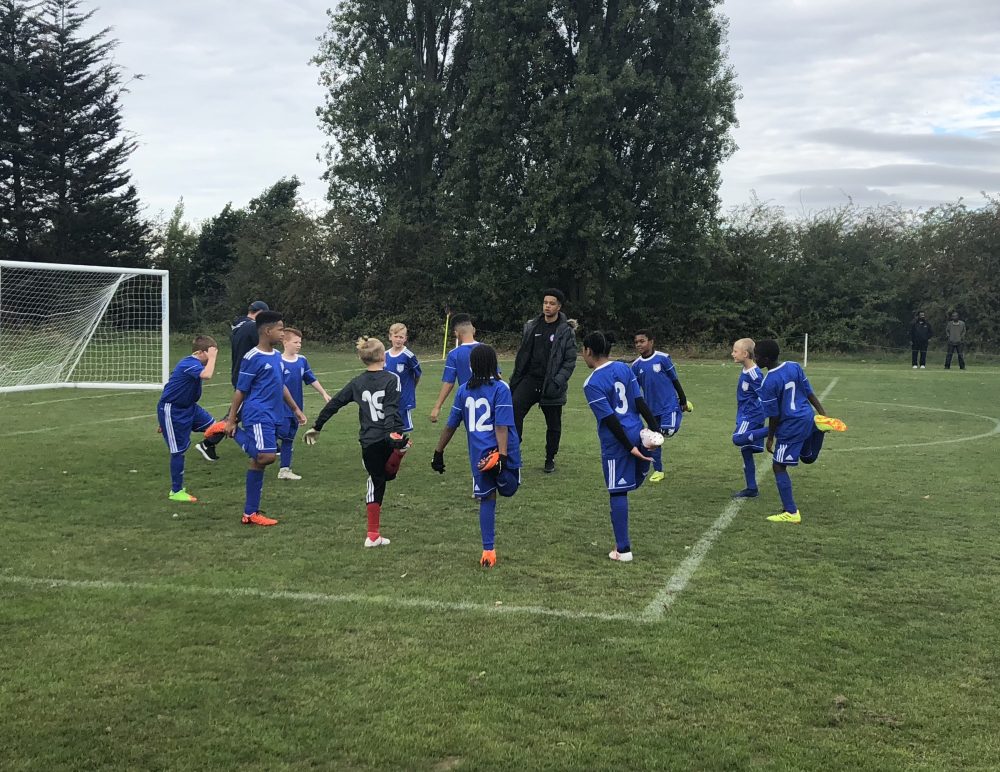 The whistle went and it was Gatcliffe with the kick off, each team were both nervous and excited at the same time with Gatcliffe having the greater possession in the early minutes. At times the opposition were struggling to get out of their own half with the ball being played about but with little threat of a goal being scored. May and Bakers started to settle and you could see that both teams were evenly matched. First blood went to the opposition with the very first opportunity of the match. The Gatcliffe keeper, although diving the right way, and getting a touch realised that the bigger goals this year would mean that shots on target would need to be limited. This being said in turn we ourselves can take this into account when we are on the attack. Play was back and forth and the halftime was approaching. Some great link up play and a well executed shot on the bounce from outside of the box hit the back of the opponents net and we were all square. Halftime had come and both teams gathered around the coaches for a well earned breather and a team talk. Talk was of how well we had started and how well each player was holding position and playing as a team. 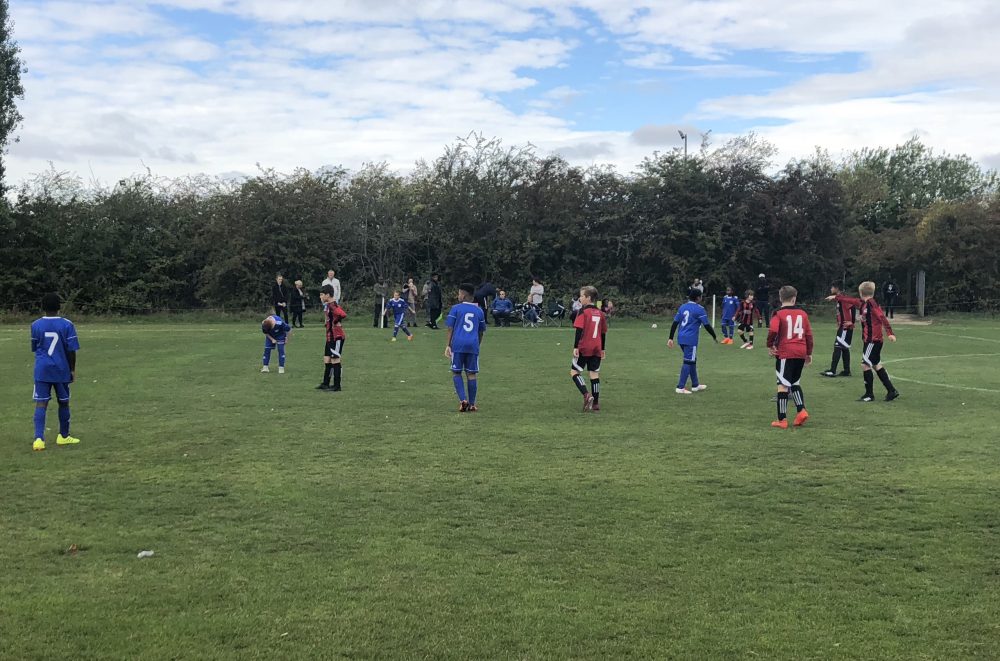 The second half started and the home team were on the front foot from the off, creating chances which we defended well against along with some brave goalkeeping. A nice through ball gave us a one on one but unfortunately this year we have to attend with the offside rule and we were slightly offside on this occasion so the goal was disallowed. Play continued and a few tired legs were starting to show.

May and Bakers took a chance on the volley and were rewarded as the Gatcliffe goalie was left needing step ladders to reach the ball in the top corner. The game was restarted and before we could even come to terms with the freakish goal we had just conceded we’d conceded another, this led to the boys losing a bit of heart and began to lose shape and form. Gatcliffe managed to create a couple of good chances but the May and Bakers defence had decided to hold their lead and were defending in numbers which frustrated the already frustrated players. Instructions from the side line supporters were confusing the already instructed players and as a result our shape was gone. With positions lost substitutions were hard to make and the game became a bit sloppy on our side. The opposition soon managed to put a couple more away before the final whistle was blown and sadly our first match had ended in defeat.

With dropped heads the boys sat round to reflect on what went wrong as well as what went right.

Good things were shown today amongst some bad things which will both be picked up on in training and worked on.

All in all today’s match was as much about learning as it was about winning.

On Sun 16th Sept 2018 Gatcliffe are playing GFA Loughton at home at 10am in Parsloes Park, Dagenham. Follow the Gatcliffe team on Facebook here.