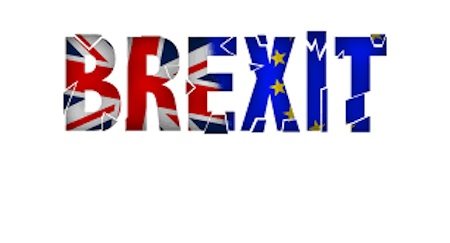 Because of the confusion around Brexit, one of the Geezers has asked that to post a guest post from Ted Jeory’s blog Trial By Jeory, where Cat Overton,  a lawyer and Labour party campaigner, reflects on the vote and turnout in Tower Hamlets.  She is also chair of Wapping Labour and Treasurer of the Tower Hamlets Labour party.  We decided to reprint the post in full.

It is, admittedly, not something you hear uttered very often, but the EU is close to my heart. I attended the European School of Brussels from primary school through to sitting the European Baccalaureat leaving exam. My identity is European as well as British, this dual identity I had always felt to be compatible and complimentary. Like so many Londoners, my cultural identity is multi-layered. So for me the Brexit vote feels like a personal tragedy as well as a tragedy for our country and our local community.

Londoners are in shock and are angry. People living here from other EU countries are variously wondering what their future holds and whether they are still welcome here. A (albeit somewhat far-fetched) petition is circulating calling for the Mayor of London to declare London independent from the rest of the UK.

City workers are fearing for their jobs, following announcements by JP Morgan, Morgan Stanley and HSBC that they may be relocating thousands of jobs to the continent. If realised, this will of course have a knock-on effect on our local economy in Tower Hamlets, in addition to the more obvious impact on Canary Wharf.

[The sheer scale of the Brexit challenge is mind-boggling. We will have to see whether Boris has the guts to pull the pin from the grenade that Cameron has dutifully handed to him by triggering Article 50, or whether he will somehow find a way of wriggling out of it. There could even be a second referendum. Remember we have not yet “left” Europe, despite the loose words of pundits and politicians alike. The referendum may have been an exercise in democracy but it is not binding on Parliament.]

But turning the focus more sharply on Tower Hamlets.

In the build-up to the Brexit vote, Tower Hamlets was listed as the tenth most pro-European local authority in the country. Sociologically, this was presumably because Tower Hamlets has a very young demographic, with many young professionals, a high graduate population and many liberal-minded residents working in the creative industries. Much of the local population could be described in ‘journo-speak’ as “cosmopolitan”.

It is a place where people from all over the world and from all over Europe live and work side by side and it feels to me like a culturally open place. It is forgotten that there are also massive levels of poverty, social deprivation and overcrowding. Nevertheless, there are opportunities here that are not necessarily enjoyed by the northern Labour heartlands. 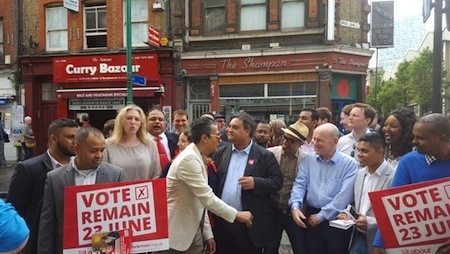 In the event, Tower Hamlets did vote to Remain. However, London lost the tug-of-war with the rest of England, partly because of unexpectedly high turnouts in Labour northern and midlands heartlands that voted heavily for Leave, but also because the Remain vote in London was not large enough to counterbalance the haul of Leave votes in those areas.

In the tenth most pro-European local authority, Leave still managed to secure a third of the votes. One in 3 people who voted in Tower Hamlets voted for Leave. Of course, many of those 35,224 Leave voters will have been Conservative or Ukip voters who could finally express their euroscepticism explicitly at the ballot box. But many of the Leave voters will also have been Labour voters.

Our two local Labour MPs firmly backed Remain, as did the Labour Mayor of Tower Hamlets John Biggs and the newly elected GLA member Unmesh Desai. And yet thousands upon thousands of Labour voters in Tower Hamlets voted for Leave.

The following observations are unscientific and based solely on my anecdotal experience as a campaigner who went out on the doorstep many many times during the referendum campaign:

1. Some of the white working class residents who we spoke to, typically over the age of 50, were very clear they would be voting Leave in order to lower immigration, whether immigration from outside the EEA or internal EU immigration. Time and time again I heard that their children and grandchildren had been forced to move out of Tower Hamlets due to pressures on housing caused by migrants. Others spoke of their wages being under-cut by EU migrants.

2. Again, anecdotally, there were apparently several splits in the British Bengali community. During the course of the campaign some activists spoke by way of hearsay of Priti Patel meeting the owners of catering companies telling them that if we left the EU it would be easier to secure UK visas for chefs from Bangladesh. We later heard on the doorstep that if internal EU immigration were to fall, it would perhaps be easier to bring others in from Commonwealth countries. We Labour activists campaigning for Remain (many of them themselves British Bengali) tried to persuade voters on these issues. It was unclear how successful we were being with that endeavour. [Note from Ted: Cllr Oli Rahman, leader of the Lutfurite Tower Hamlets Independent Group also voted Leave, according to his Facebook page.]

3. Closer to the day and on polling day itself, others splits appeared to be emerging. We noticed that previous Respect voters were telling us they were voting Leave. An articulate young man candidly told me that, whilst he believed that Remain was in the national interest, the economic meltdown that a Brexit vote would herald would prove to be his young family’s best chance of moving out of a council flat and buying their own home.

So unscientific as they may be, these anecdotal observations as a Labour campaigner in Tower Hamlets suggest a not dissimilar dynamic to what was happening in the working class communities in the northern and midlands Labour heartlands.

There can be no doubt now that Labour has a massive uphill battle to reconnect with its grassroots supporters. Labour is fighting for its very survival. Forces have been unleashed that appear to be out of control. But we have to carry on in the face of national despair and fight for the values we believe in and for the communities that we are in politics to serve.