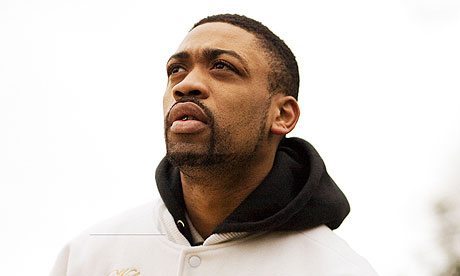 Local boy and Rap Artist Richard Cowie, aka WILEY,  finally won a MOBO (Music of Black Origin) Award last Saturday, for best UK Male Artist. Wiley was a pioneer of Grime, a unique UK underground  genre of Rap and Hip Hop.  Grime emerged from the streets of Bow, and whether you like the music or not, it has made a major contribution to popular culture in the UK and worldwide.

Wiley has played a seminal role in the careers of many UK Rap Artists, notably that of   Bow boys Dizzee Rascal and Tynchy Stryder,  both of whom now have  successful mainstream music careers.

Wiley stays close to his underground musical roots, making forays into the mainstream pop world, whilst maintaining a commitment to his hard core fans and the underground scene.

Even before the award, Julie Adenuga, the drive-time radio presenter for Rinse FM, had launched a petition to ask Tower Hamlets Council to erect a statue of ‘ the famous UK grime artist Wiley in Bow’.

The petition was launched on change.org on the evening of October 9 with a target of 1000 supporters. It managed to attract a staggering 866 signatures in less than 24 hours.

The petition said: “Richard Cowie (aka Wiley) has undoubtedly inspired an entire generation. A man who has put his heart and soul into what he believes in and consistently shows passion and perseverance.

“Making this happen won’t be strenuous or daunting – it will be a joyous experience for all, with the community pulling together from all over London and it’s surrounding cities.”

The petition proposes that the statue be erected at Mile End Park, on Roman Road/Grove Road.

“Wiley, who has come out with hit singles such as Heatwave and Never Be Your Woman, is considered a pioneer in the UK underground music community and is known as a versatile music artist with many crossover hits.”