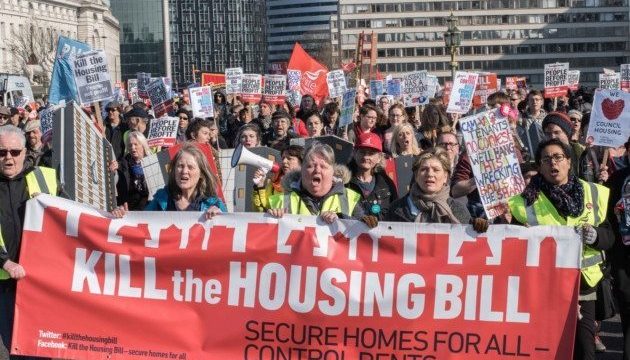 Campaigners who have been demonstrating to “kill the bill” on housing now going through Parliament plan a ‘sleep out’ protest in London’s East End which faces a huge homeless crisis.

They are camping outside Tower Hamlets Council’s Homeless Persons unit in Bethnal Green tonight to protest against the government’s proposed legislation which they say would double or treble social rents to tie in with property market levels.

Rents on social housing estates would rise to 80 per cent of the market value which campaigners believe would throw many ordinary and low-income families out.

Only households with incomes above £45,000 would be able to stay in social housing which would exclude the majority in east London, they point out.

“More people will be thrown on the streets. So we’ve chosen the Homeless Unit at 62 Roman Road.

“But it’s not a protest against Tower Hamlets council, which has condemned the Bill and is against what the government is trying to do.”

Council homes would be sold off when they become empty, under the Bill, reducing the social housing pool available for families in need.