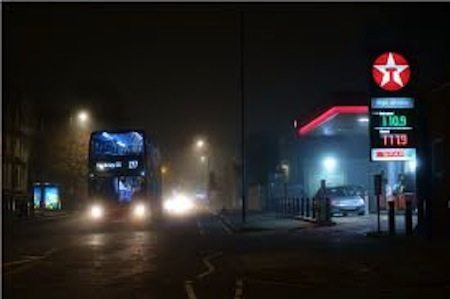 August saw quite a few local planning issues come to a head reports MEOTRA (Mile End Old Town Residents Association), including the redevelopment of the Grove Road Texaco site and a developer losing an appeal to build a house at the end of residents’ gardens in Grove, Litchfield and Alloway Roads.

Grove Road Texaco Site Redevelopment Scheme WITHDRAWN
The plan to build around 30 homes on the site has been withdrawn. You may recall that around 40 neighbours objected to the scheme and this large number triggered the scheme to be brought automatically to the council’s planning committee. That the developers withdrew at this stage suggests they thought they would lose the application, and developers like to avoid that as it affects the land value and their chances of selling it on for a good price. 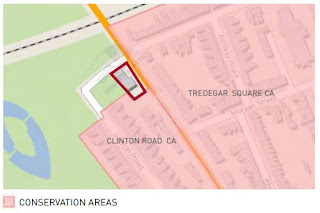 On planning maps, the garage sticks out like a sore thumb as it is an island in a sea of Conservation Areas and protected park land. A seemingly obvious way to help protect how the site is developed in the future would be to alter the Clinton Road conservation area boundary to include the garage. Apparently, this isn’t something the council does lightly and the boundaries aren’t due to be reviewed for a few years. I have been reassured (somewhat) that the close proximity of the site to these two conservation areas and the park means the site will be treated almost as if it were in a CA.

Some MEOTRA residents are annoyed that all the letters opposing the plans have vanished from the council’s planning site. Apparently, that is how it works. They can’t keep our letters up there as the application doesn’t exist anymore. Don’t worry this MEOTRA site isn’t going to remove our articles on the subject!

Just a stone’s throw from the garage and opposite is 48-50 Grove Road which was built 15 or so years ago on the site of the short-lived church (built 1988). When the flats were built, what would have been the rear garden of number 48 (before the Luftwaffe did their best) was given over to the flat residents as “amenity land”. The developer’s drawings showed an oasis of calm with wonderful shrubs and a path meandering through a wildflower meadow inhabited by red admirals. Instead, we got a black weed-proof membrane and industrial mulch that gave off a sour, acrid smell for months. It is now a playpark for a family of foxes and contains hundreds of pieces of litter.

So 15 or so years down the line the developer applied to build a house on the space, this application was refused; an appeal submitted to the secretary of state; and now this has been dismissed, in a wonderfully damning letter from a Mr Humphries from the ministry.