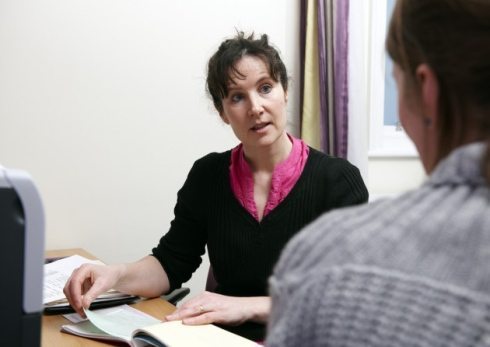 Doctors are urging more women to be screened for cervical cancer in London’s East End where the death rate is higher than average.

“Detecting cancer early can save life,” said Dr Sam Everington, who chairs the commissioning group. “It’s important that women make an appointment when they receive their screening invitation.”

Those aged 25 to 64 are eligible for a free NHS cervical screening every three to five years. These smear tests detect changes in the cells around the cervix.

Dr Everington, a GP at St Andrew’s Health Centre in Bromley-by-Bow, added: “Symptoms such as unusual vaginal bleeding, abnormal discharge, discomfort during sex or lower back pain should be investigated.

“But these symptoms can have different causes—so it doesn’t necessarily mean cancer.

“The sooner a diagnosis is made, the better chance of successful treatment.”

The rate of cervical cancer in Tower Hamlets from 2008 to 2011 was just under six new cases in every 100,000 of the female population, while neighbouring Newham was higher, at seven in every 100,000. This is compared with a national rate just over nine in every 100,000.

Mortality rates in east London was slightly more than average, 3.4 in Tower Hamlets and 2.8 in Newham, compared nationally to 2.4.

Regular screening can help prevent around 75 per cent of all cervical cancer cases, it is estimated.

Yet a fifth of all women don’t take up their invitation.

Women registered with a GP are invited for a screening through the post every three to five years. The GP also advises when the next cervical screening is due.

Anyone worried about their health or experiencing symptoms associated with cervical cancer is urged to make an appointment with their GP.