Today we travelled to Upminster’s Emerson Park, a place familiar to some having enjoyed summer sessions with the West Ham Utd foundation last season. 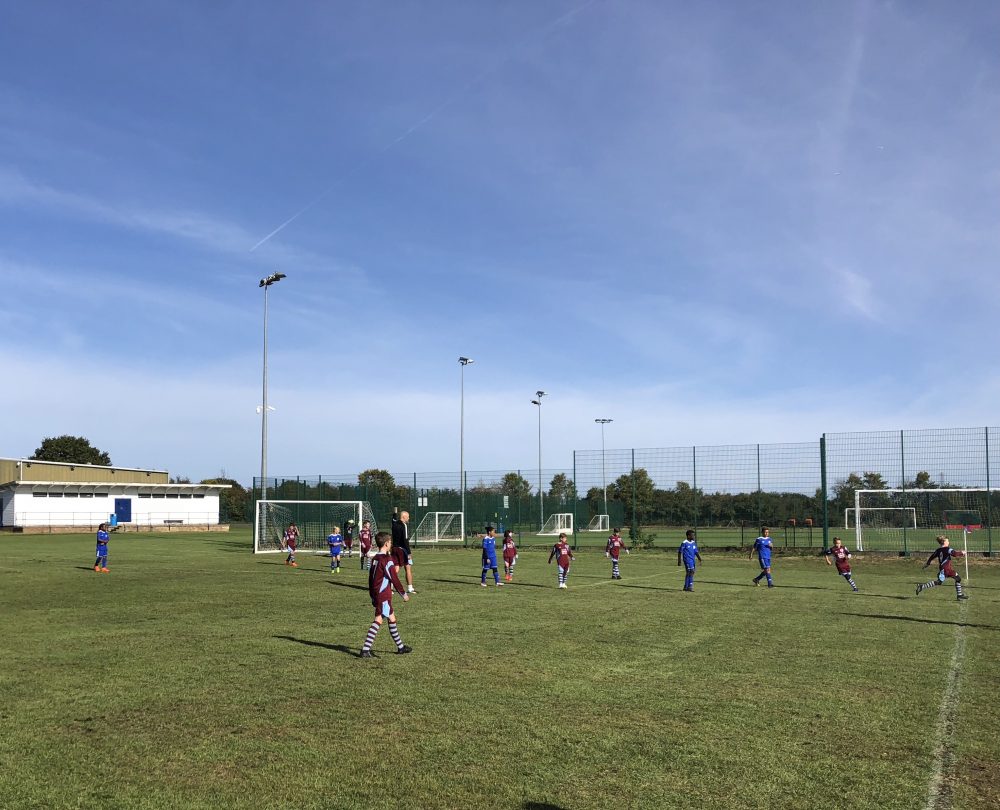 The sun was high and bright without a cloud in the sky with both teams warming up at either end of the freshly cut pitch. The whistle blew and both teams got stuck straight in. Possession was 50:50 and every player on the pitch was getting involved with no holding back. Both defences were putting in a solid shift at the back which was frustrating to the attackers but was a joy to watch from the sidelines. On the odd occasion the ball broke through the keepers did what they do best gathering the ball and distributing back up the pitch for the attack. The half time whistle blew and neither team had broken deadlock. 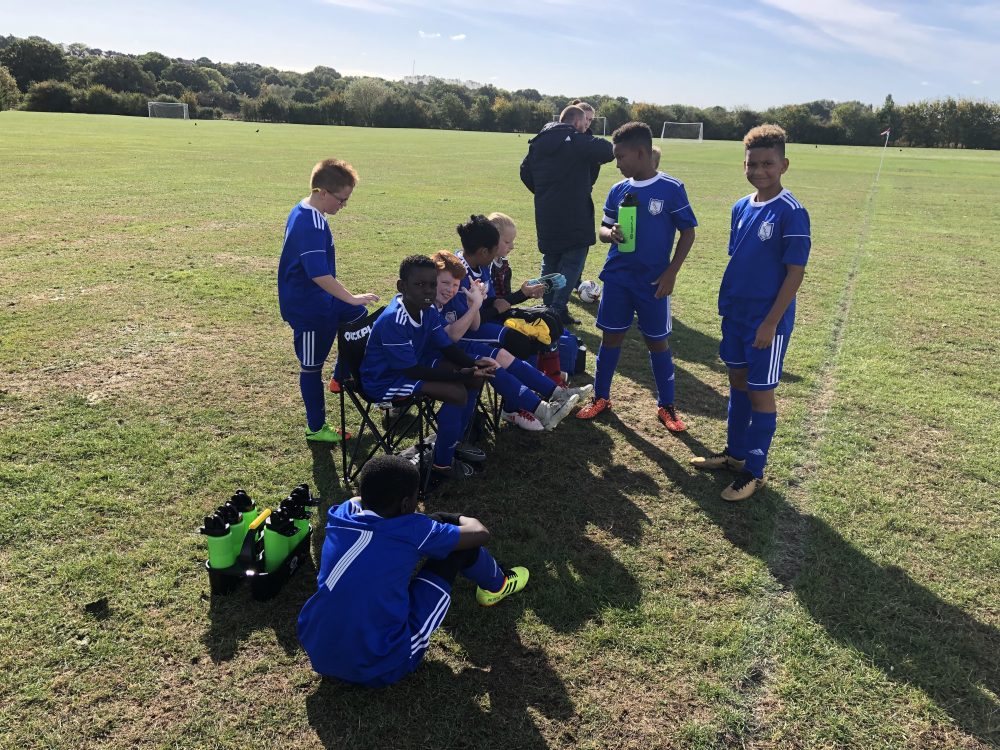 The Gatcliffe boys gathered around the coaches taking on some fluids from our new bottles with some putting to good use our team subs bench which we acquired from our sponsor “The Geezers”. The team talk was to continue battling with the odd position change to disrupt the oppositions man marking tactics. 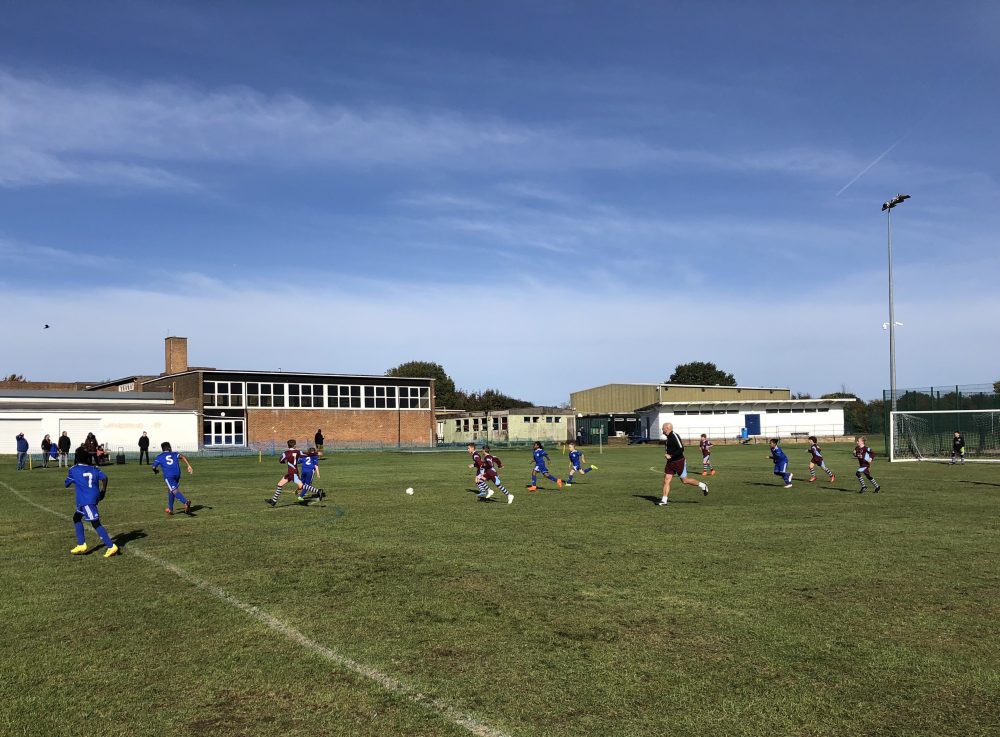 The second half kicked off and as expected continued in the same way as the first. Play was up and down the pitch with some great goalkeeping to keep the score even. Eventually the ball found the back of the net but not in our favour, a close range chip shot in the box lifted over the top of the keeper saw Upminster take the lead. Instructions from the Gatcliffe coaches were to keep our heads high and continue to press and fight for every ball which is exactly what the boys planned to do but the refs whistle blew up for a penalty against us. This was very unfortunate as the ball was struck at a protecting hand which would normally be let go but the referees decision is final. The ball was placed on the spot with the Gatcliffe keeper looking even smaller than before in the huge goal mouth. Whether it was the goalies wobbly legs tactic or the fact that the ball never lies it was struck wide and we were still in with a shout. Gatcliffe’s spirits rose at the miss and we began to pile on the pressure. A few tough challenges were going in from the now anxious Upminster boys but our boys just kept on going and going. With only a minute left to go a nice shot just saved by the keeper fell to the Gatcliffe striker waiting to pounce and pounce we did. Cheers went up and the boys were celebrating as if we had won which just goes to show the effort each and everyone of them had put in. With the ball back on the centre spot celebrations stopped and we still had a few seconds to see the game out. Finally over the boys were in high spirit as they should have been after giving their all and getting a well earned result in what was a great game of football from both sides. 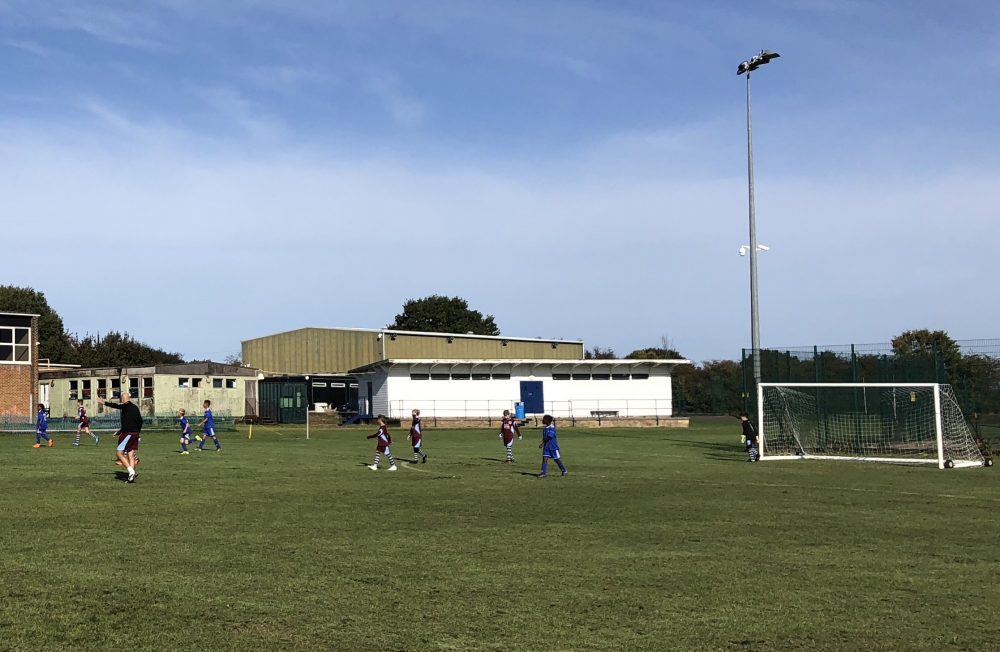 We are now understanding the offside rule and positioning which is credit to the boys and the trainers, some work is needed on working the ball out from goal kicks which we will cover at our next training session.

Gatcliffe are running a fundraiser of Facebook to get some winter kit. You can donate here: