A lady called Esther kindly emailed us about the incredible suffragette stories almost nobody knows about.

Esther says, “While statues of Millicent Fawcett are all well and good, in this centenary year of *some* women getting the vote, it’s more important than ever to remember the ordinary suffragette.

“The WSPU, led by Emmeline Pankhurst, favoured individual heroic actions, while the East London Federation of Suffragettes went for collective action. So it seems fitting today to use the people power of social media to raise the profile of these important women.”

The video below is from the Facebook page: @EastLondonWomenActivists

There is also a mobile app called In Her Footsteps available on Android and iOS.

As the video acknowledges, it wasn’t just women who were treated badly, it was working men too.

Here’s a bit of my research for a local guided walk I did last year:

It took the entire 19th Century for just half the population of Britain (men) to get close to a democracy. A survey in 1780 found that only 214,000 people in England and Wales had the vote. Since the population was about 8 million, only 2.5% of the population had the vote. Old Sarum, which was an Iron Age Fort with 7 voters, sent 2 MPs to Parliament. Manchester which had 66 enormous great cotton mills could send none.

After the 2nd Electoral Reform Bill of 1831 was sabotaged by the House of Lords there were riots in Bristol, Derby and Nottingham.  On 22nd April 1831 George IV’s younger brother, now King William IV decided to act. He summoned his coach, stuck the crown on his head and went to Parliament unannounced, and dissolved it – over this issue. It was a sensational event, both houses were in uproar.

After the successful 1832 Reform Act, 56 rotten boroughs, like Old Sarum, which could be bought and sold were abolished. Now 1 in 7 men had the vote. So Britain was still not a democracy. People had to vote publicly, it wasn’t secret until 1872, so voters could be intimidated or bought. After the 1867 Representation of the People Act one third of men could vote, but it was still based around property qualifications – so lodgers or servants, and the men incarcerated in the workhouses had no voice.

There are a couple of free exhibitions about the Suffragettes currently on in the lower ground floor of the Museum of London. I went today. There is a temporary exhibition near the stairs, then further back in the People’s City 1850s – 1940s there is a good display of tabloid newspaper headlines where I took the photos here (with permission).. 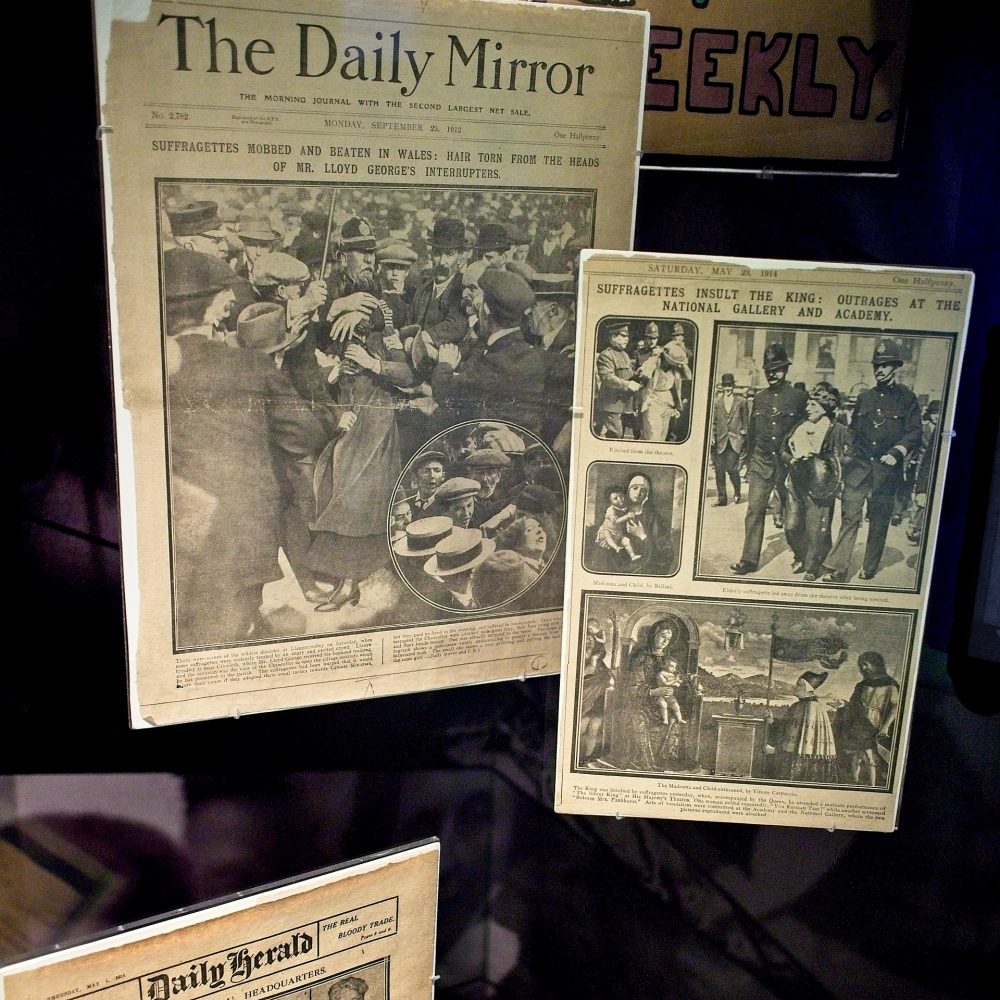 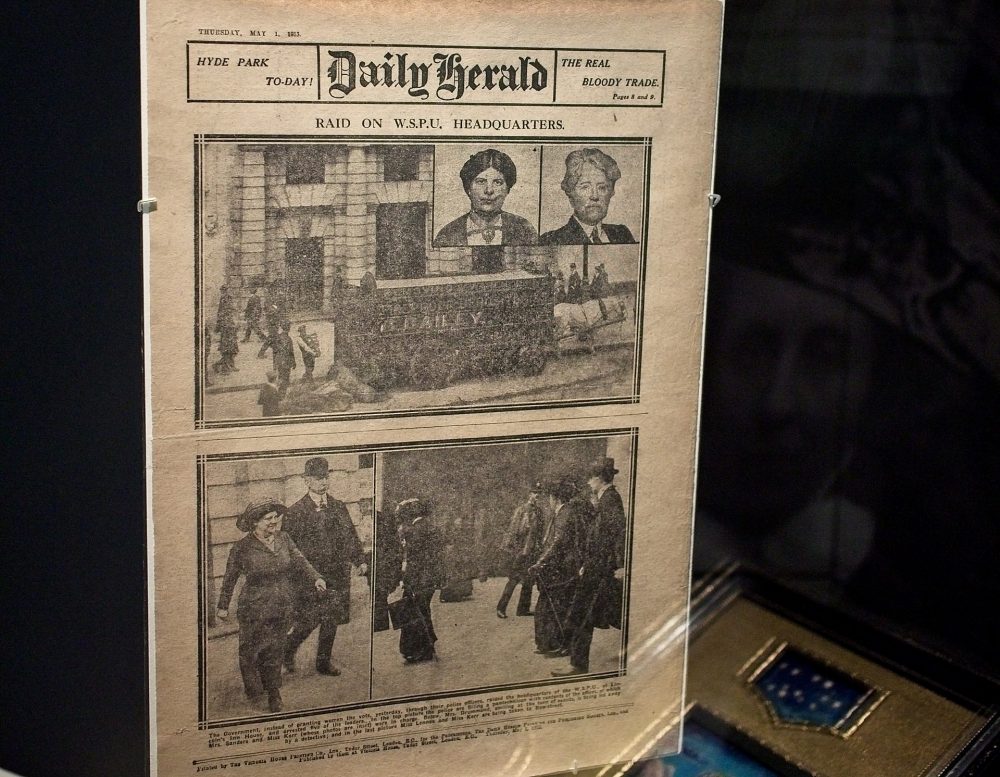