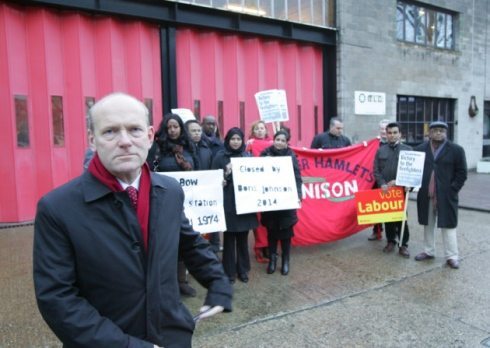 A crowd of upset residents gathered in Bow this morning to express their anger at the closure of the fire station after months of protest, petitioning and representations to keep it open.  See our previous blogs on the campaign in Campaigns.

The demonstration was a reaction to Boris Johnson’s cuts which have seen the station in Parnell Road close at 9am today.

Labour Councillors, activists and London Assembly Member and Labour Candidate for Mayor of Tower Hamlets John Biggs was among the swell of dissenters keen to make their opposition known.

Across London 10 fire stations, 14 fire engines and 552 firefighters will be axed, including Bow and Whitechapel.