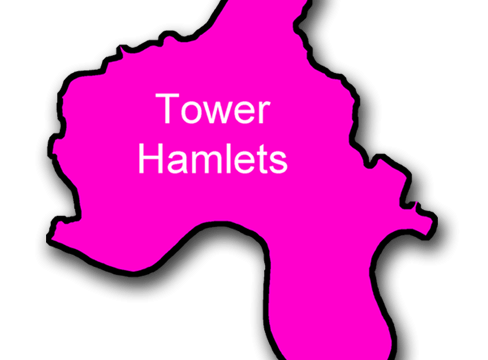 To commemorate the fiftieth anniversary of the contemporary borough, Tower Hamlets Local History Library & Archives are hosting an exhibition drawn entirely from the collections held at the archive to illustrate the last fifty years of our history. Everyone welcome. 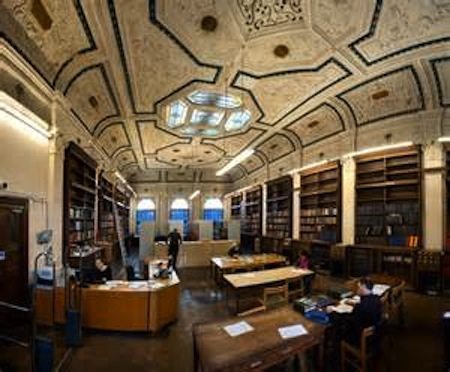 Here’s some information from their newsletter about the exhibition and the series of events they have organised.  For more info click here.

In 1965 the London Boroughs as we know them today came into being as a result of the London Government Act. Tower Hamlets was formed of the former Metropolitan Boroughs of Poplar, Stepney and Bethnal Green. Unlike the other new London boroughs, whose names tended to derive from one of the former boroughs which constituted them, the naming of Tower Hamlets was a deliberate historical reference, harking back to the medieval hamlets east of the City which provided militia men to guard the Tower of London.

The exhibition will set out the background behind the formation of the new borough in 1965, the ongoing, adaptive usage of its Victorian civic buildings, key moments in local politics and the rapid, large-scale development to which the borough has borne witness over the last half century.

We have programmed a series of free public events taking place here and around the borough, to tie in with the anniversary. See below for details of these and to book your place.

Tower Hamlets Council will be celebrating the anniversary throughout the summer using social media, so if you’re so inclined, use the hashtag #50TH and get involved. The last day of the #50TH exhibition here will be Thursday 6 August.

As part of the council’s 50th anniversary celebrations and to tie in with our exhibition on this theme, we have brought together a fascinating public programme of walks, tours and talks across the borough, all free of charge.

From Cable Street to Brick Lane: A Film by Hazuan Hashim & Phil Maxwell

From Cable Street to Brick Lane is a documentary that explores how different communities came together to fight racism and intolerance in the 1930s, 1970s and 1990s. The film focuses on the infamous Battle of Cable Street in 1936, when the East End’s Jewish population united with trade unionists and other groups to prevent Oswald Mosley’s Black Shirts from marching through their community. The film also focuses on the predominantly Muslim Bangladeshi community living in and around Brick Lane during the 1970s, who were subjected to similar racist attacks by organised fascist groups. Free. No booking required.

Who Shot the Sheriff? A documentary by Alan Miles

Who Shot the Sheriff? tells the story of the Rock Against Racism (RAR) movement of the 1970s. During these days, music played a key part in mobilising opposition to racism and the National Front, and the film artfully draws parallels with the more recent anti-BNP campaigns. The film includes interviews with some of the artists and activists involved, in addition to rare archive footage from the punk and RAR era. Free. No booking required.

My Art and Tower Hamlets: An Evening with Dan Jones

Join us for a Q&A session with Dan Jones, who for over forty years as a local resident, youth worker and activist, has captured life in the East End through his art. Dan Jones’ paintings feature local scenes, including the bustling Watney Market and Shadwell Basin, in addition to political demonstrations from East End history, such as the Poplar Rates Dispute and the Battle of Cable Street. Free. No booking required.

Film: Twenty Years On – How we Defeated Beackon

An inspirational film which tells the story of how a local community organised a successful campaign to defeat the British National Party. Highlights the events on the Isle of Dogs, after the election of Derek Beackon, the country’s first BNP councillor, in 1993. Free. No booking required

Join us for a fun family workshop with artist Dan Jones. Using drawing and printmaking, we will recreate our favourite parts of the borough. Suitable for all ages.

Join our Heritage Officer Natasha Luck who has organised a series of guided tours of former civic buildings. We kick off with the Town Hall Hotel, which has made imaginitive use of the grand building from which the old Metropolitan Borough of Bethnal Green was governed before 1965. The tour will be led by the hotel’s General Manager, Marie Baxter. Free. To book, email: localhistory@towerhamlets.gov.uk or telephone: 020 7364 1290.

Join us for a tour of the former Vestry Hall of the Hamlet of Mile End Old Town, led by Natasha Luck, Heritage Officer. The building has been the home of Tower Hamlets Local History Library & Archives since 1965. Free. To book, email: localhistory@towerhamlets.gov.uk or telephone: 020 7364 1290.

We are pleased to host two talks, one from David Luck, Senior Archivist at the London Metropolitan Archives on the rise and fall of the London County Council (LCC), and the other by Malcolm Barr-Hamilton, Tower Hamlets Borough Archivist, on the archival legacy of local government in Tower Hamlets from the seventeenth to the twenty-first centuries. Free. Booking required: email: localhistory@towerhamlets.gov.uk or telephone: 020 7364 1290.

Film: Fly a Flag for Poplar

This film about Poplar in the 1970s was made by local residents and features collections from our collections. It illustrates the day-to-day lives of Poplar’s residents in the context of the area’s rich history, including the emergence of the labour movement and the Poplar Rates Dispute. Free. No booking required.

Join Malcolm Barr-Hamilton, Borough Archivist at Tower Hamlets Local History Library & Archives, on a guided walk around sites in Poplar and Bow relating to former Poplar civic buildings. Transport between Poplar and Bow will be by DLR at participants’ own expense. Free. Booking required: email: localhistory@towerhamlets.gov.uk or Telephone: 020 7364 1290.

Tour of the former Limehouse District Board of Works

A rare chance to tour the former Limehouse District Board of Works building on White Horse Road, which was constructed between 1862-4. The building has been home to the Half Moon Young People’s Theatre since 1994. Free. Booking required: email: localhistory@towerhamlets.gov.uk

A chance to tour the Grade II Listed former Limehouse Town Hall on Commercial Road. Designed by A&C Harston in 1879, the building has seen a variety of other uses in its long history, including as the home of the National Museum of Labour History. It is currently in the process of being renovated for use as a community, enterprise and heritage space. Free. Booking required: email: localhistory@towerhamlets.gov.uk or telephone: 020 7364 1290