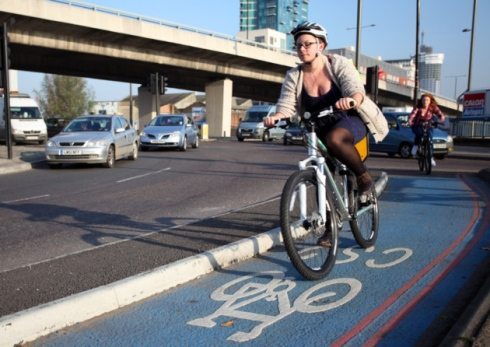 Bow roundabout and 32 other London junctions suffering cyclist and pedestrian fatalities in the last three years are to have £300m spent on them in a bid to improve road safety.

A map released today shows the intersections where 250 people have died, including the gyratories in Stratford and Aldgate, and the Tower Gateway junction.

Transport for London (TfL) said detailed designs for the first developments will be published next month and work is set to begin in the second half of the year.

Cyclist Venera Minakhmetova, from Bethnal Green, was killed in a collision with a lorry on Bow roundabout in November – the third bike-user to be killed at the roundabout in two years.

Boris Johnson described the old junctions as “relics of the Sixties” and “atrociously designed and wasteful of space”.

Leon Daniels, a TfL managing director, said designers and engineers had been working “flat out” to develop the new junction designs which will include two-way roads, segregated cycle tracks and new traffic-free public space.

The national governing body for cycling, British Cycling, welcomed the plans saying “cycle proofing” all transport schemes was one of its central calls in its #ChooseCycling campaign.

However Darren Johnson, London Assembly Green Party member, said: “We need to get rid of these blights on London and then find the money to deal with the dozens of other dangerous junctions that Transport for London identified as casualty hotspots.”

One cycling safety campaigner, Mark Treasure, tweeted: “This has been in the offing for some time, details awaited.”