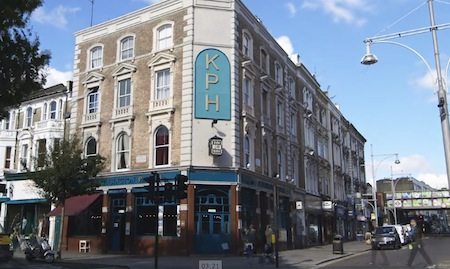 As part of our Where’s My Boozer Gone? campaign we are featuring pubs where the community is  fighting back to save them from developers.  This time its Ladbroke Grove where local landmark and historic pub the Kensington Park Hotel is fighting for its life against developers who want to turn it into a Foxtons estate agents with luxury flats above.

They’ve made a short film to raise awareness of the plight of community pubs like the KPH and dozens of other music venues around the UK which face closure on a daily basis due to aggressive development.

Please support their cause, share the film and join their campaign to save the KPH.