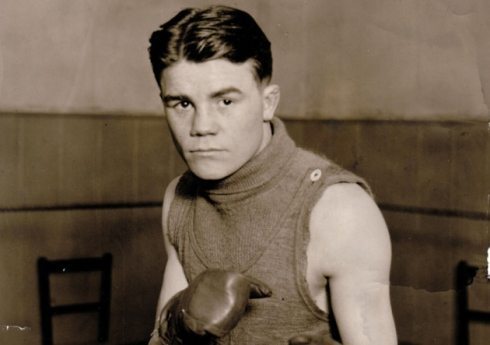 A statue of one of the East End’s greatest ever boxers will be unveiled on the 85th anniversary of his championship win after a campaign led by his grandson.

Baldock, who grew up in Byron Street, was dubbed the “Pride of Poplar” and fought 81 matches as a professional at venues such as Madison Square Garden and the Royal Albert Hall.

It’s hoped the statue will be unveiled by hard-man actor Ray Winstone on May 16 in Langdon Park, Poplar outside the DLR Station.

A number of British boxing champions are also expected to attend.

The statue will be overlooked by the boxing gym on the second floor of the new, state of the art Spotlight Youth Centre.

Grandson Marin Sax, who raised tens of thousands of pounds for the statue, said: “I hope that the statue will serve as an inspiration to the Youth Club members and also the students attending the nearby Langdon Park Sports Community College, and highlight the achievements of a local youth, who through hard work and determination rose to the very pinnacle of his chosen sporting career.”

All money raised on the day will go towards The Teddy Baldock Sports Benevolent Fund, a charity set up by Mr Sax to help people severely injured while playing sports.