Today we took the long trip out to face the Abbey Youth Vipers. After last week’s win the boys were in high spirits and were looking to continue with another which would be our first win away. 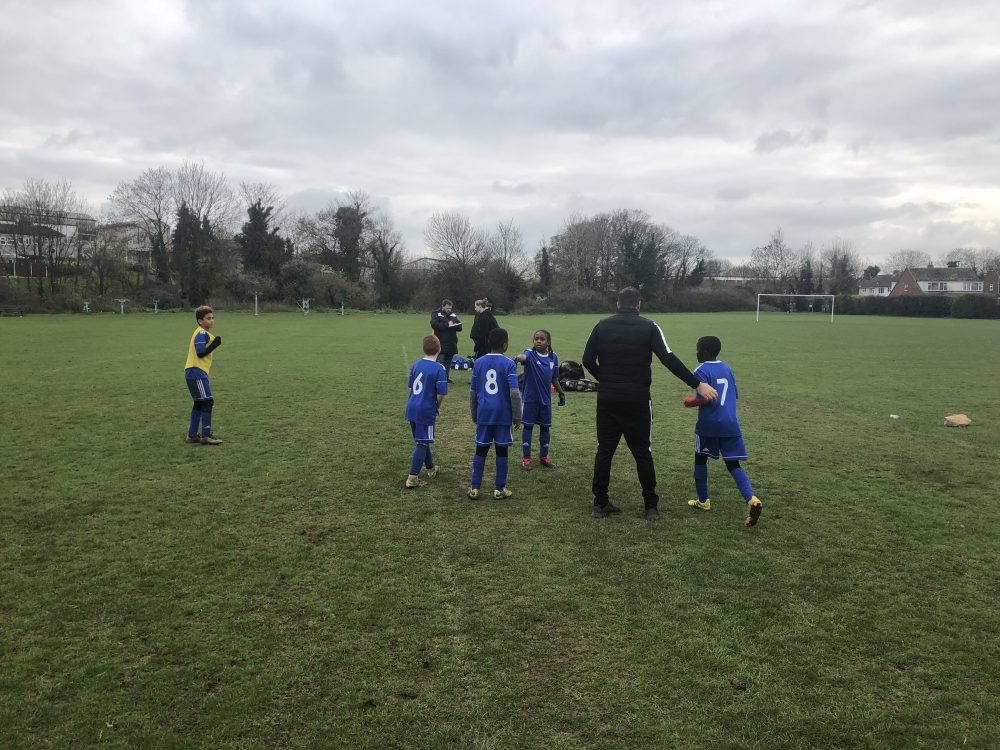 Kick off was slightly delayed as the venue wasn’t the easiest to find.

The Vipers kicked off and within seconds a shot across the goal was knocked in, passing the Gatcliffe goalkeeper who had barely realised the match had started. With the ball back on the spot we all looked at one another and thought “not again”. But as if like turning a switch or pushing a button the boys took to the match like I have never seen before. Moments of greatness are seen in training week in and week out but very rarely do we see what we were about to see over the next hour. The boys began to pass the ball, moving up the pitch, leaving the Vipers standing. A nice left footed shot to the top corner started the roll. Shortly after we took the lead with well taken shot to the bottom corner leaving the Viper goalie no chance. The Vipers continued to battle but our attacking play was just too much for them. The Vipers keeper was pulling off save after save as our attack kept breaking through, putting on the pressure. Just before halftime we managed to sneak another one in and we were heading in for halftime with a two goal lead.

Having been up at halftime we told the boys to keep composed and to continue passing and moving as more goals were going to come if we carried on putting on the pressure. 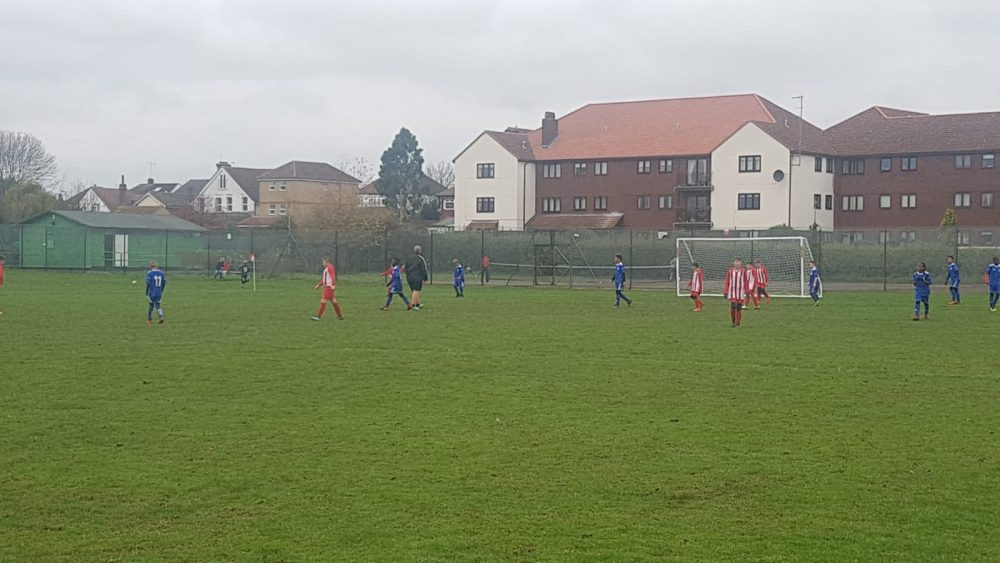 The second half started and it was all Gatcliffe, with two quick goals from our right mid (his Hat-trick) the win was on the cards and now it was about seeing the game out. Gatcliffe had a shot saved on the line but in the confusion the ball was picked up by a Viper and we were awarded a penalty. The ball was placed on the penalty spot and as cool as a cucumber was powered into the roof of the net. As the Abbey Youth Vipers began to play with that “what’s the worst that could happen?” mentality, giving everything they had in the last quarter the Gatcliffe defence had to continue with the fine job they were doing, keeping all attacks from the Vipers to a minimum. One of the Viper boys was accidentally injured during a 50:50 tackle and this saw the opposition down to only eight players. Whilst the young boy had his injury attended to in sporting fashion we removed one of our boys to keep the match fair and the play continued. Gatcliffe managed to find the net again giving the second to our centre mid after his previously well-taken penalty. Next was a nice little shot into the side netting from our left mid who had not long had a snapshot saved by the Viper goalie, but not this time finding himself amongst the goals. The Vipers managed to slot home a conciliation goal finding the net for the second time in the match. With our striker having many a shot saved it was only fair that he would eventually be rewarded for his efforts with the last two goals of the match falling to him giving him his hat-trick (two individual hat-tricks in one match). 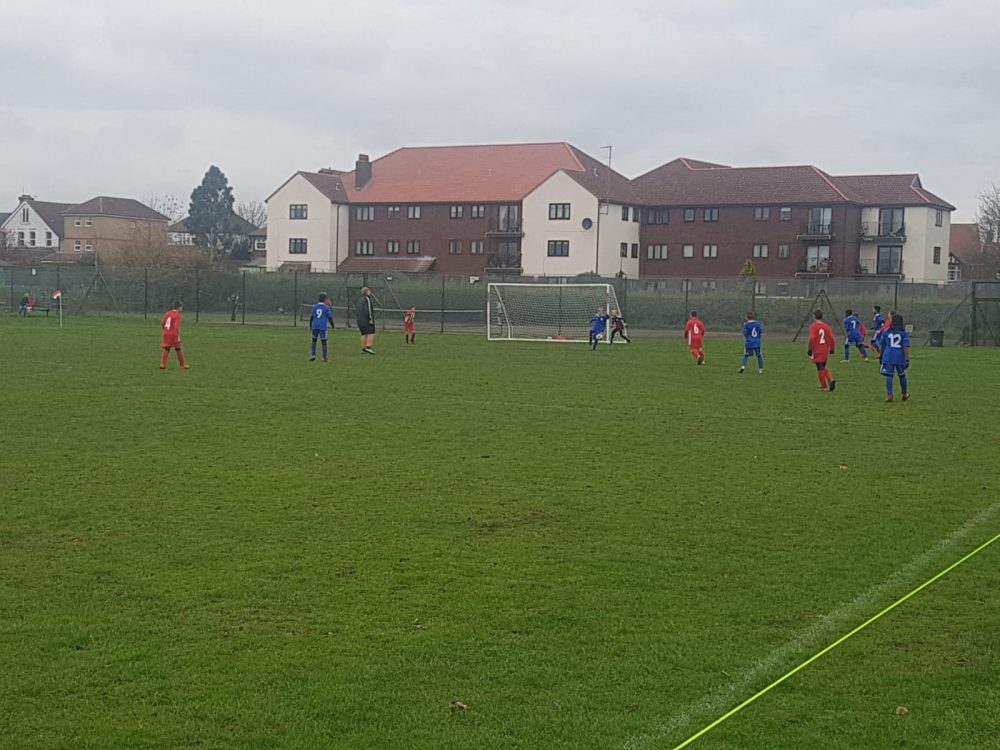 As the final whistle blew it was quickly relayed to the boys to remain humble about the win as we have also been on the wrong end of a heavy defeat, so our boys know only to well that it’s not a good feeling. Hand shakes were happening all over the pitch between both teams and it was nice to see the Vipers boys carry themselves so well considering the score line and they appeared to be a really nice bunch of kids. 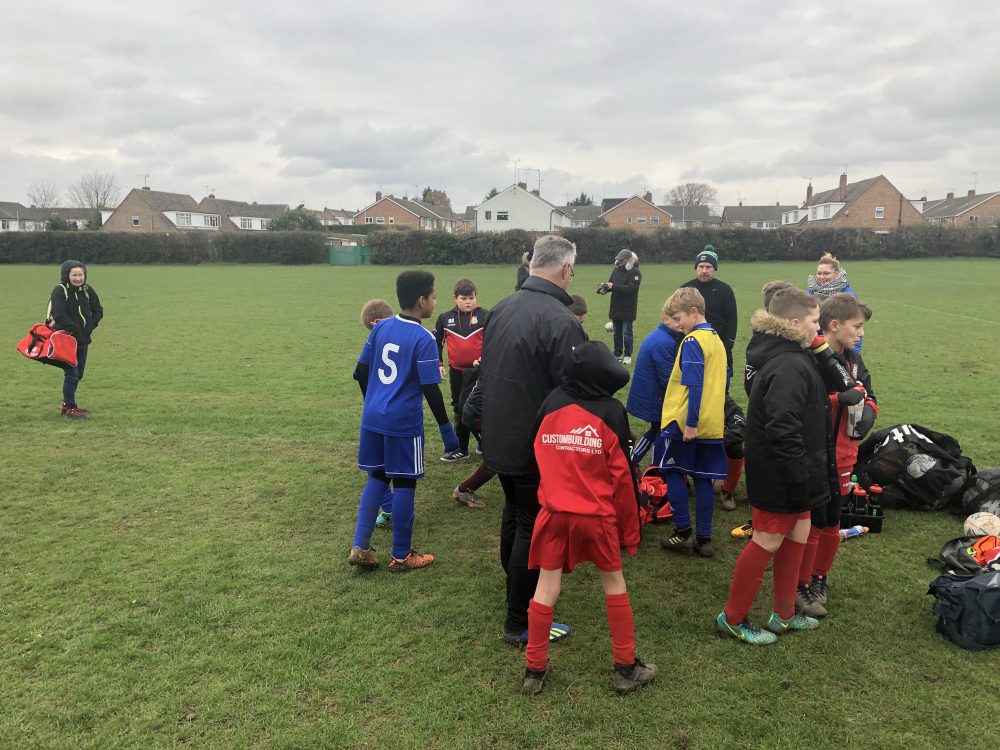 Although the score was heavily in our favour today nothing can be taken from the Abbey Youth Vipers as they gave their all out there, and had some nice play themselves, but sadly for them they were up against a confident Gatcliffe side who were a force out there today.

Passing was the key yet again, if we can continue in this way we will certainly be putting some of our first game losses right.

Well done across the pitch – every player deserves a high five. ?