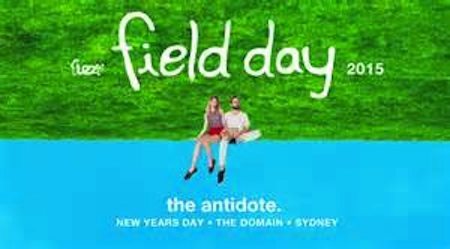 If you live around Victoria Park you will already have noticed preparations for the two day Field Day festival this weekend (6th/7th June)  at the Park.  The organisers have issued the leaflet  below to let you know what’s going on and how to get in touch if you have any concerns.

Victoria Park
Preparations for the event begin on Wednesday 27th May. The majority of work will take place between 8am – 8pm with any late or overnight working taking place at council approved times only. The dismantling of the event will be complete by Friday 12th June, after which the organisers will hand the site back to the council. Prior to handover the organisers of Field Day will ensure that all remaining public spaces are clean and returned to the best possible standard. Information about other events taking place in Victoria Park will be provided by the relevant organisers.
Noise
The organisers are required to make sure that the noise from the event is controlled to limits agreed with the local authority. A team of noise consultants monitors levels on both the Hackney and Tower Hamlets sides of the park. On Friday 5th June, the sound systems will be tested at various times between 2pm and 5pm to ensure that they do not breach the noise limits set by the license conditions. There will be a further brief period of testing on the morning of the event between 10am and 12 noon on each of the event days. On Saturday 6th June the event will run between 11.30am and 11pm and on Sunday 7th June the event will run between 1pm and 10.30pm.
If you have concerns about noise levels directly generated during the period of the event, you can contact the Resident’s Hotline on the number at the bottom of this leaflet.
Traffic
In order to ensure that the large number of people attending the event can leave the park safely at the end of the concert, the local authority require some roads around Victoria Park to be temporarily closed to traffic between approximately 9.30pm and midnight on the Saturday 6th June and between approximately 9.00pm and 11.30pm on Sunday 7thJune.
The following temporary road closures and diversions will be in place:
•    Grove Road between Roman Road and Lauriston Road
•    Old Ford Rd between St Stephen’s Rd and Bonner Street
•    Lauriston Road from the junction at Victoria Park Road will be access only for local Traffic
•    Abervon Road, Rhondda Grove & Maplin Street will be closed at their junctions with Mile End Road
There will be no restrictions on residents wishing to exit the streets during the closure period. However there are likely to be delays in all traffic movement particularly between 10pm and 11.30pm when we anticipate most people will be leaving. We would advise you to avoid leaving the area by vehicle during this period if at all possible.
Event stewarding staff will also make every effort during this period to facilitate residents’ access to roads to the east and west of Grove Road. However, there may be some delays due to the high volume of pedestrians.
There will be no access north-south on Grove Road through Victoria Park and you may wish to avoid Grove Road between Roman Road and Mile End Road as congestion is likely.
Impact of the Event
The organisers and Local Authority Event Planning Group have worked extensively to ensure that the impact of the event on residents is minimised. This includes stewarding and policing around nearby streets, signage, and input from statutory bodies such as Trading Standards and Environmental Health.
During the event all of these teams work together on site, meeting regularly to respond quickly and effectively to issues raised by residents.
If you are concerned about any aspect of the event, please contact our Resident’s Hotline, which will pass any issues raised to both organisers and the local authority, who will ensure that they are dealt with swiftly.
Further Information
www.towerhamlets.gov.uk/festivals www.fielddayfestivals.com
Resident’s Hotline
Freephone 0800 043 0308
Email: victoriapark@loudsound.net The resident hotline will be open from Wednesday 27th May – Friday 12th June. The hotline will be manned during the event on Saturday 6th and Sunday 7th, on all other days, calls will go to a voicemail system, which will be frequently checked.
Tower Hamlets Environmental Protection team
(the responsible authority for noise at the event)
020 7364 5008
(Mon – Fri, 9am – 5pm) or
020 7364 5007
(Out of hours)