but will be seriously harmed by alterations, reports the East End Waterways Group.  In their July Newsletter mention was made of the five non-designated heritage assets in Wallis Road to be retained and reused.  A planning application has been made for the first of these assets to be retained and reused in the Hackney Wick Masterplan area.  The application site includes four industrial buildings which are the oldest industrial buildings in Hackney Wick and Fish Island.

The largest building was erected c.1866 as the world’s first purpose-built factory for the manufacture of plastic.  Several years ago, your correspondent arranged for an English Heritage photographer to record the buildings; and last year wrote an EEWG report on the Former Parkesine Works.  Both are referred to in the long letter of objection to the London Legacy Development Corporation. The four photographs are shown here, with captions. 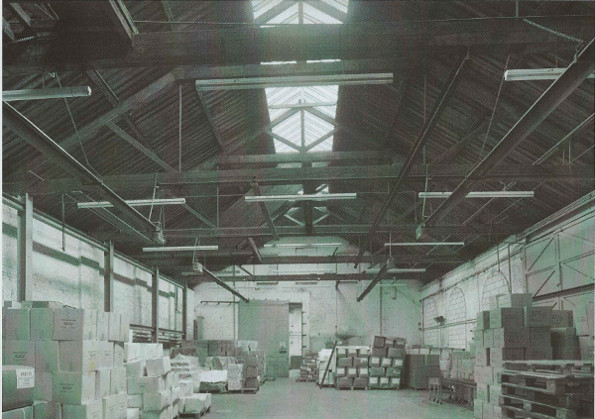 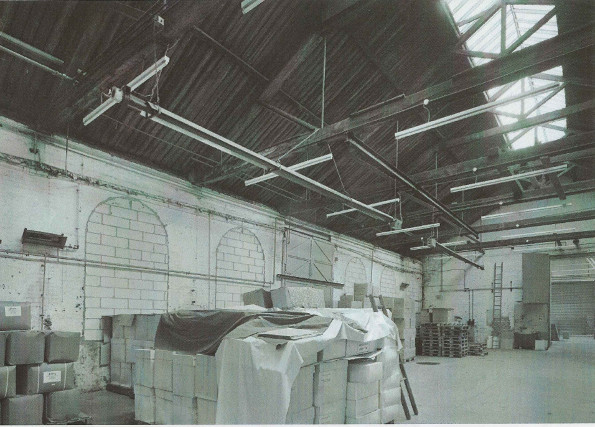 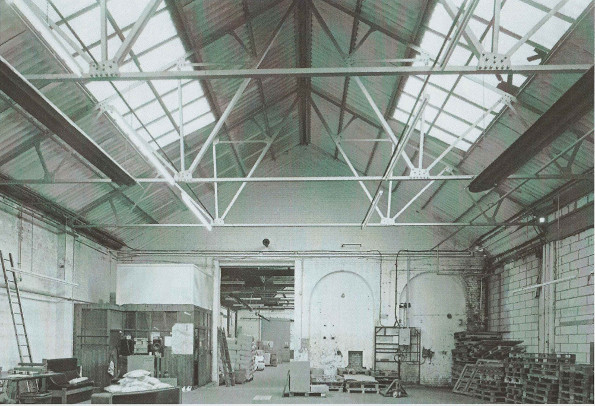 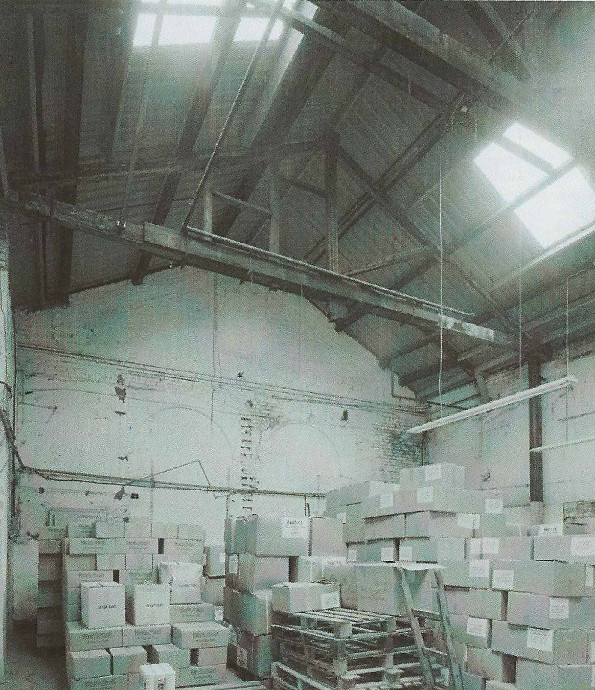 Unfortunately, it looks like the architects for the scheme only want to modernise the old buildings to match their proposed new residential buildings. As detailed in the long letter of objection, historic fabric would be completely removed, concealed or modernised, and, in the process, much of the existing character of the buildings would be lost.

Please read the long letter and refer to the photographs and captions.  As always, remember that the letter has been written on behalf of the group and only counts as one objection.  Organisations may wish to select points for further comment but for most individuals it will be enough to write along the same lines as the paragraphs in the conclusion to the EEWG letter.

The consultation period has ended.  However, late letters will be received but do your best to send them in before the end of September.

As you know, the battle to save two good industrial buildings on the south side of Wallis Road was lost, so, please, all do your best to make sure that the former Parkesine Works is properly restored and reused, according to the LLDC’s Local Plan

The July Newsletter was mainly about London & Quadrant’s application for seven new buildings on a mostly cleared site alongside Old Ford Locks and the southern end of the Hackney Cut.  English Heritage has raised concerns about the height of the two proposed canalside blocks, and the scale and design of the proposed commercial block in Dace Road.

The July Newsletter mentioned the decision of the Swan Wharf applicant to postpone further consideration of their application for about a year.  But failed to explain that the postponement was made in the expectation that the planning permission for six- and seven-storey buildings on the adjacent Bream Street site would allow their proposed demolition of the three-storey Edwardian stable block and its replacement by a five-storey building (or even a six-storey building, as first applied for).

The complexity of the Bream Street application and the detail in the long EEWG letter probably prevented most organisations and individuals from writing a letter of objection.  Although the Bream Street application itself does not involve the demolition of a historic building, the granting of planning permission for six- and seven-storey residential blocks by the canal and a five-storey commercial block in Dace Road (opposite the Edwardian stable block at Swan Wharf) would most definitely set a precedent in planning terms for a five- or six-storey replacement building on the mostly demolished site of the Edwardian stable block.

Obviously, this cannot be a reason for objecting to the proposed blocks at Bream Street.  But the Bream Street application would itself damage the best part of the conservation area and its setting; and there are plenty of reasons to choose from in the EEWG letter.  The case officer has sent copies of letters for and against Bream Street to London Quadrant. But, please, it is not too late to send your own short letter of objection, as soon as possible; especially if you or your organisation objected to the Swan Wharf application (or signed the online petition).

Here is a short standard letter for you to use and complete with your name and postal address:

I/We object to Planning Application 15/00278/FUL because the height, scale and bulk of the two proposed canalside blocks and the proposed commercial building in Dace Road would cause serious harm to the significance of the Fish Island & White Post Lane Conservation Area, and its setting.

I/We hope that the applicant will be encouraged to submit a new application which complies with the LLDC’s Final Management Guidelines (for the conservation area) and the adopted Local Plan (Policy BN.16 and Site Allocation SA1.4: Bream Street).