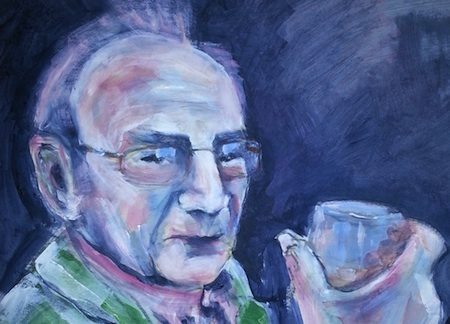 Artist Louise Gridley was invited to visit to meet the Geezers as possible subjects for her painting  for an upcoming exhibition  titled  ‘Misbehaviour’ which will involve over 40 artists.

She spent an afternoon with the Geezers and as the preliminary studies show (see below) she found them inspirational subjects.  They will be the basis for the main painting that she is  working on for the exhibition.

We’ll be sure to let you know about the exhibition when it happens.

Here Louise talks about the work.

I was invited to meet the Geezers through fellow artist Katja Rosenberg, who thought this eclectic bunch of guys might provide great subject matter for a forthcoming show titled ‘Misbehaviour’. She was right!

I spent a thoroughly enjoyable afternoon in the company of these charming gentlemen, sketching, photographing, talking and laughing with them. I returned to the studio armed with much material.

I had initially wondered if tales of misbehaviour would be the focus of my work, but once I started painting, a more subtle approach emerged. Through painting some initial, loose portraits the gaze became the focus of my attention.

Through the gaze I gained a glimpse of the soul and character within the ageing shell. The portraits are more than just a mere physical resemblance but more of a silent document of one’s life and tales.

I am currently working on a group portrait of the Geezers. Not only does it depict their naughty antics at Appian Court, but I hope it further reveals the close friendship, loyalty and mutual respect between these charming East End boys. 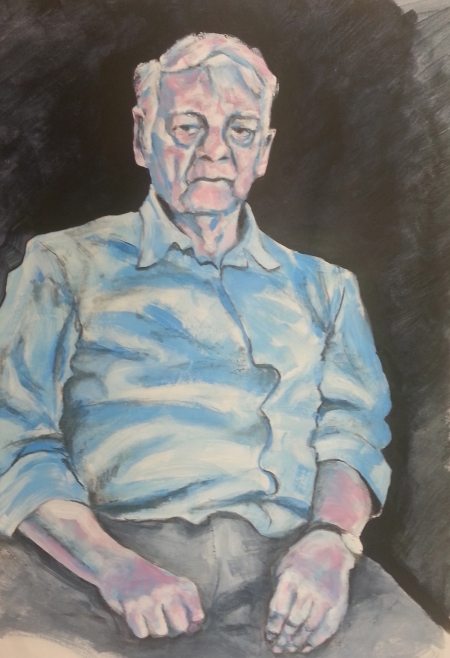 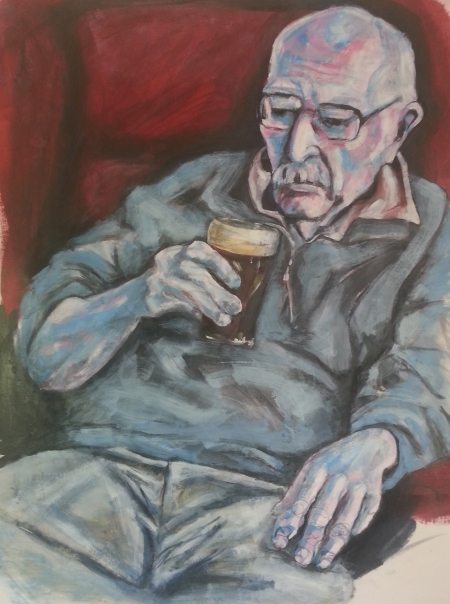 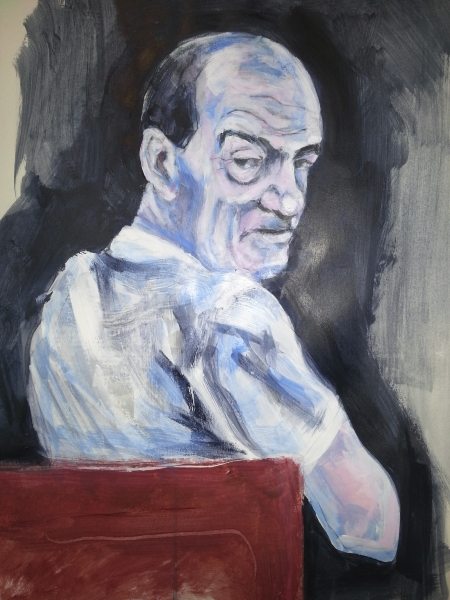 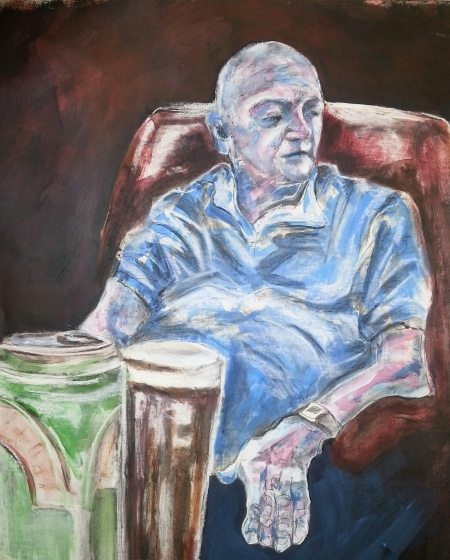 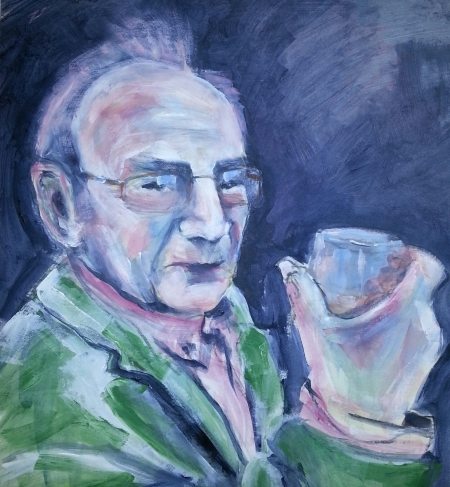