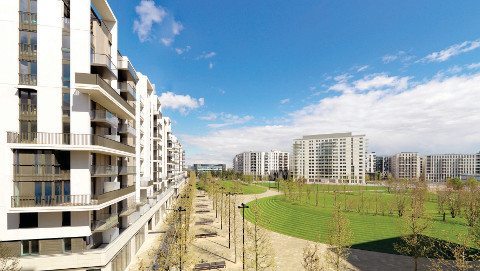 Tower Hamlets will be allocated only 27 out of the 675 socially rented homes in the East Village despite being in the midst of a housing crisis.

Isle of Dogs councillor Zara Davis, who discovered the figures after making a members enquiry to the council, told The Wharf she was “shocked” as Tower Hamlets residents were “promised a tangible legacy that benefits our community for years to come.”

A spokesperson for the Tower Hamlet’s Mayors office said: “Tower Hamlets has built more affordable homes than any other borough in the UK for the last two years and councillor Davis is being disingenuous with her figures.”

They also stated that Tower Hamlet’s allocation was the second largest following only Newham, the borough where the village is located.

A spokesperson for Triathlon Homes, the company that owns and manages 1,379 of 2,818 homes in the East Village, confirmed that Newham will receive over half of the social rented homes. The remaining 327 are to be split between Tower Hamlets, Hackney and the other host boroughs, the Greater London Authority and Triathlon Homes who will retain 152 homes to “assist in supporting local housing need.”

Residents across all east London boroughs including Tower Hamlets will be prioritised for an additional 704 shared-ownership and intermediate rent homes enabling “eligible people on a range of incomes to live a high quality life in East Village.”

The spokesperson continued: “The amount of social rented homes allocated to Tower Hamlets was decided by an existing agreement that’s in place for all Homes and Communities Agency funded homes in London.

“East London suffers some of the highest waiting lists in the country, so a lot more homes are of course needed. However the delivery of such a significant portion of high quality homes for people on a range of incomes is a step in the right direction.”

But many still consider the allocations inadequate. Councillor Abdal Ullah, Labour’s spokesperson for housing, said: “East Londoners were promised a fair share of the Olympic legacy but the decision to only make 27 of the park’s homes available for Tower Hamlets falls foul of this pledge.

“With housing such an important issue in the borough the Mayor of Tower Hamlets should have been championing our claim to these homes at every stage.”

“After losing the Olympic marathon and now this housing decision, people could be forgiven for asking what benefits the Mayor has actually managed to secure for our borough.”

The remaining 1,439 homes at East Village are managed by Get Living London and are available for private rental.