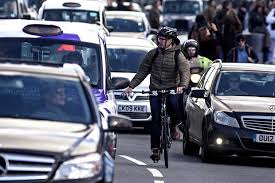 New Superhighway redirection plans threaten to increase traffic on Roman Road, endangering the safety of cyclists and increasing congestion and pollution in Bow. Find out how to object here.

You might have seen the Barclays Cycle Superhighway plans from Transport for London to install much safer cycling lanes along the length of Whitechapel Road/Mile End Road/Bow Road from Aldgate to Bow Roundabout. With so many cyclists having been killed or injured along this route, this can only be a good thing.

However, we are concerned around one of the proposals in Bow, and its possible impact on the Roman Road.  Find out more about the proposal and how to object to it here. We have until Sunday 2nd November to object.