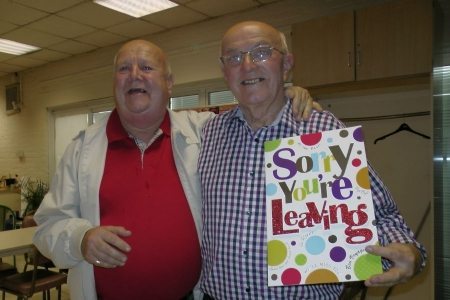 Last Wednesday the Geezers, the Bow Belles and Age UK threw a party to celebrate the life and work of Ray Gipson, and mark the end of his job as a Link Age worker.  Whilst working for Link Age for a few hours a week, Ray set up the Geezers Club, the Monday Bowl’s Club and supported the start up of the Bow Belles.  He has been instrumental in initiating intergenerational projects, making local films and setting up Our.Bow.com. He sits on a number of local committees concerned with regeneration ion the area.  If Ray was a piece of rock he’d have the lettering Bow inscribed through and through.  Johnny Bevan in his introduction said  ‘never has one man done so much for so many’.

We celebrated with speeches, food and dancing. 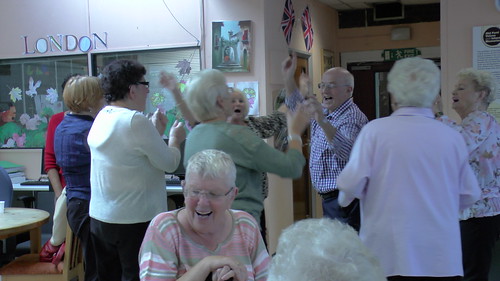 Ray dancing with the Bow Belles. 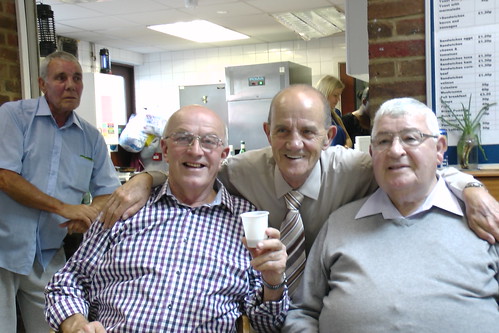 Ray celebrating with members of  The Geezers. 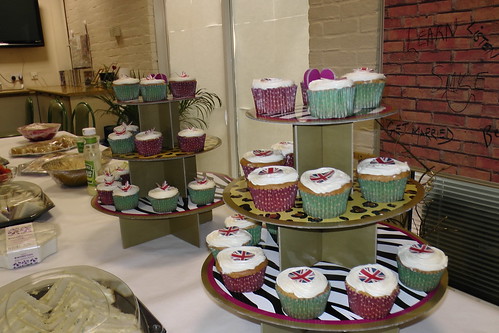 Part of the spread.

Johnny Bevan read out the emails and Ray thanked everyone and said he’s not going anywhere.  He’ll still be around.

Though Ray has left the job, he is still committed to working in the community and the Geezers are seeking funding to support him in continuing in his role.