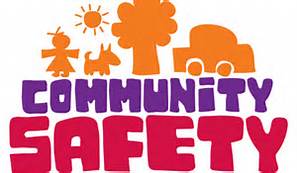 We have received this letter from the Tower Hamlets Safer Neighbourhood Team about the Community Safety Awards 2015.  Please submit your nominations by February 7th.

I would like to make you aware of the  Board Community Safety Awards 2015 and the nomination process should you or members of your organisation/community group wish to forward a nomination.

Members of the public and partner agencies are invited to nominate members of the community or officers in the community safety field, who helped make the borough a safer place during 2015. Nominations are being accepted for the Community Safety Awards 2015 until Sunday, February 7. The winners will be announced at an awards and public meeting event in March.

The Tower Hamlets Safer Neighbourhood Board and Community Safety Partnership have created the awards to recognise the public’s invaluable contribution to helping prevent crime and anti-social behaviour. It takes a lot of work to tackle and reduce crime to make the borough a safer place for everyone.

Nominations can be for those volunteering on their own or working with residents/community groups, charities or organisations / agencies. The Community Safety Awards aim to recognise their important contribution and highlight achievement, innovation and best practice. It is hoped the Award winners’ contributions will inspire others to take action to make their communities even safer.

If you know someone or a group who deserve recognition please tell us who they are by completing an online form or pick up and complete a paper nomination form from your local community building and they could receive an award!

Nominations are invited in the following categories:

You can find out more about the awards by visiting our website:

Awards are open to everyone living, working, studying or volunteering in Tower Hamlets. Posthumous nominations are accepted within one year of death. Nominations are open until Sunday, February 7, 2016.

You can nominate someone or an organisation who you think deserves an award by completing an online application form:

When completing the form, please provide facts supported by practical examples. It will help to consider and include:

– What this person, team or project has achieved in 2015 to merit recognition with an award?

– What was it like in the area before this person/project began taking action in the area?

– Where they undertake these activities?

– Do they support any particular groups of the community? (e.g. older, younger, faiths, people with disabilities, minority groups etc.)