Dennis Banks, a founder member of the Geezers won first prize at the recent Cockney Rhyming Slang Quiz in the Roman Road Market. 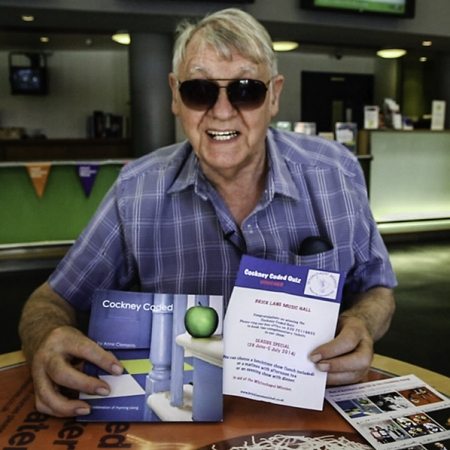 “Congratulations to Dennis Banks for winning first prize at the Cockney Rhyming Slang Quiz in the Roman Road Market.  Denis sang the Barrer Boy song to an enraptured audience outside the Idea Store. His mastery of rhyming slang won him tickets for two with dinner at the Brick Lane Music Hall and a signed copy of the book ‘Cockney Coded’ by Anne Clements, former television producer and quiz organiser. The rhyming slang event was held down the Roman Road Market and in the Idea Store where Anne’s playful photographs were on display.  The event raised £156 for the Whitechapel Mission, so a big thank you to the Bow Geezers for their generous donations!” 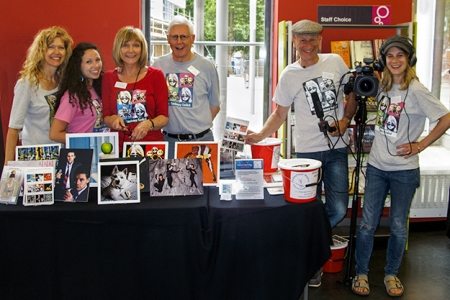 Anne and the volunteer quiz team